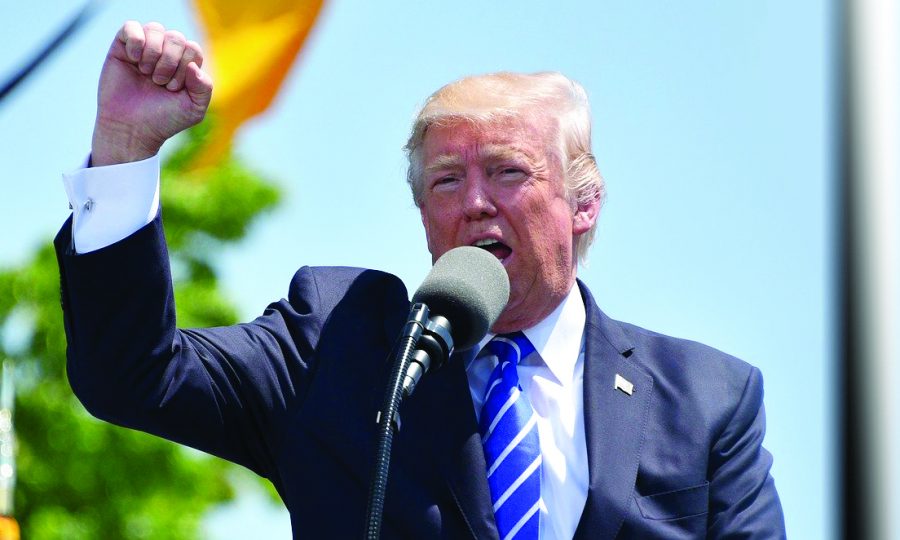 I’ve tried to stay away from this impeachment charade since my last article, but it continues to call my name. However, I’m not going to discuss a specific argument relevant to the impeachment. I don’t think anyone needs more people telling them which side is right, so I’m going to point out the faults of this impeachment coverage through the eyes of a student journalist and why I think people do not care.

To start off, mainstream media (MSM) has ruined their reputation. Between Snapchat and Twitter, there’s nothing but propaganda from both sides through minute-long clips. No one can learn what’s happening with an impeachment through a minute-long clip on Snapchat. MSM tarnished the once-respected title ‘journalist’ through dishonesty and blatant biases.

Fox describes CNN, MSNBC, etc. as Fake News Media. CNN and the others describe Fox as a right-wing propaganda machine. When did people stop showing respect for other viewpoints? No wonder people can’t have a civil discussion. Both sides say they champion facts but it’s a who can yell the loudest battle. Also, why are two radically different sides emerging from a single event? Half say President Trump is innocent of any crime worthy of impeachment, the other half say he committed multiple crimes worthy of impeachment.

Days ago, the Chairman of the House Judiciary Committee, Jerry Nadler (D-NY), said President Trump is a dictator. That is not the first time I have heard someone call Trump a dictator, some have even compared him to Hitler. I have not experienced a dictatorship, but it’s safe to say that if Trump was a dictator these people would not be in public view after saying those comments. Good Jerry is a strong champion of this impeachment, so it makes you wonder how credible he is when he makes such accusations so freely.

Have you tuned into the live streams of the impeachment process? Probably not. This impeachment process feels like a sitcom. Remember when the government took their jobs seriously? Everything is dramatized for political wooing and people eat it up. I can’t tell which side is winning because both claim they have the facts. These people are earning ridiculous salaries and benefits, but they’re arguing like children. Am I the only one that wants to see the receipt of the impeachment? Why are we paying these goons our hard-earned money when nothing beneficial ever happens?

So, what side is winning? I think we are all losers. The public has a birds-eye view of the embarrassment unfolding by the minute. It is hard to be respected as a country when we are at war with each other. The amount of time and resources wasted throughout this presidency with impeachment inquiries and partisan division makes me anxious for what our future holds.

People say the world will end because of climate change, others are worried about tensions with Iran and other countries. A coronavirus is spreading like wildfire throughout China, while Australia lost hundreds of thousands of wildlife to a raging wildfire. And yet, we have to deal with this never-ending impeachment process.