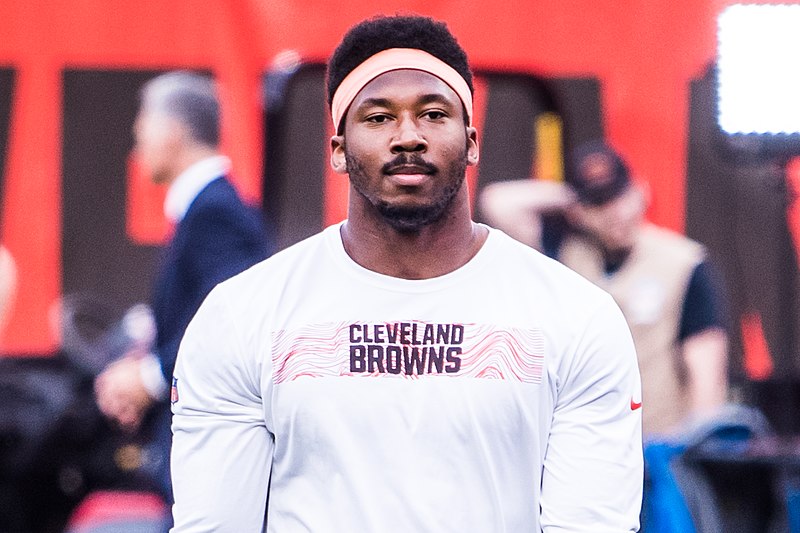 During the final seconds of Thursday’s football game between the Cleveland Browns and the Pittsburgh Steelers, we witnessed an intense moment between the two teams. Browns player Myles Garrett ripped the helmet off of Steelers’ quarterback Mason Rudolph and proceeded to swing the helmet at Rudolph clipping him in the head. Had this happened on a street corner it would have been assault with a deadly weapon. So, the question is, where do we draw the line?

I am not a frequent football watcher and this game wasn’t an exception, but after seeing the clip of the brawl, I had to do some investigating. Three players were fined for the fight, including Rudolph and another Browns player, while Garrett received an indefinite suspension for the remainder of the season. A similar case happened in 2006 when Albert Haynesworth removed a player’s helmet and stepped on his face.

Should players face criminal charges for conflicts on the football field? From the sheer brutality of a helmet being swung at someone’s head, I would say yes, Garrett should be investigated for assault with a deadly weapon. What if he got more contact with Rudolph’s head? It could have easily caused a skull fracture or other damage, which was clearly Garrett’s intention. You don’t swing a helmet at someone without wanting to cause bodily harm.

However, there are some things to consider. Technically, every play of football has some sort of assault taking place. A tackle would be considered assault. On the other hand, it’s hard to determine which cases should and shouldn’t be investigated, especially determining the legality of plays.

Now, in order to draw a line, the rules must be carefully written. For starters, if the ball isn’t in the play, I believe that the rules of the NFL no longer apply and the federal or state laws now apply. If there is a brawl after a play, players should be investigated as if it was a brawl on the street. The same should go for every sport. Athletes aren’t invincible as soon as they walk onto the field, there isn’t a magic bubble allowing someone to legally assault someone else.

So, what do we do? I guarantee there have been similar or worse cases of players hitting other players in the world of sports. It wouldn’t be just to start prosecuting them now for mistakes in the past, but how do we stop these types of barbaric actions from happening in professional sports? It’s a hard question to answer. Some could say it’s just human nature.

In the aftermath of these events, the Browns and Steelers were fined $250k each. A fair punishment to the teams for allowing their players to act like this, but were the players fairly punished?