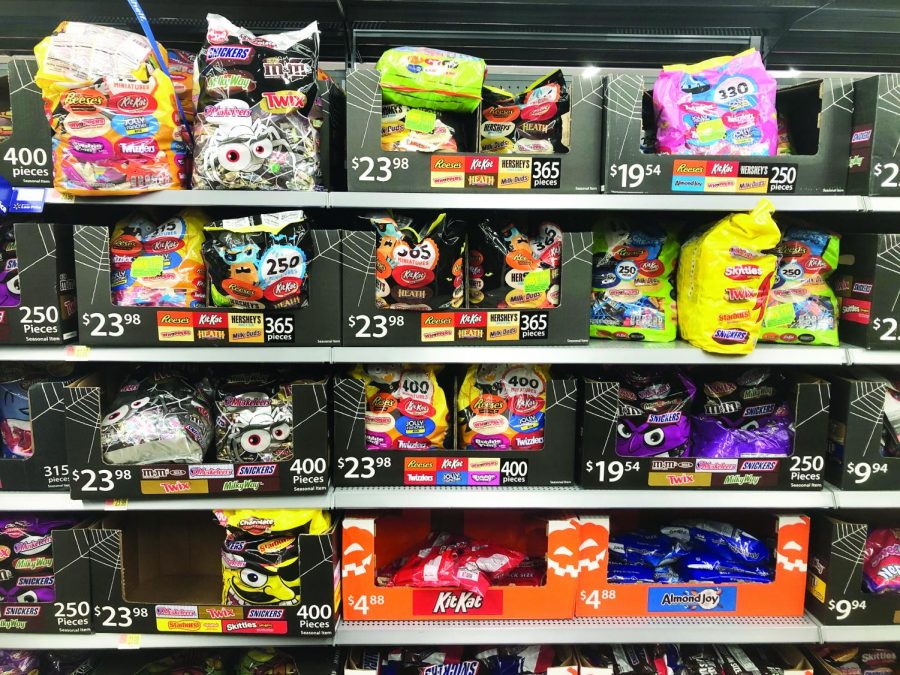 Whether it is the candy-induced coma after indulging yourself throughout the night or the lingering makeup from your extravagant costume the next morning, each year Halloween celebrations seem to outdo itself time and time again.
With the reputation of Halloween becoming more popular each year, coincidently, the cost seems to climb as well and may even scare you away. According to pricegun.com, Halloween has turned into one of the most expensive holidays in the US. Between candy, costumes, pumpkins and parties, the estimated total that the average American will spend is $162.29 this year on Halloween alone; which contributes to a total average US spending of nine billion dollars annually since 2018.
“I don’t spend much money on Halloween, myself,” Lukas Buth, a senior UND student from Germany said, “However, some of my friends really go all out, disregarding the price tags, just to have a good costume. Germany celebrates Halloween just like we do here, but I think Americans definitely make it a bigger deal, especially when it comes to spending money.”
Yes, candy may arguably be the number one item that is most needed for a Halloween celebration; however, statistics beg to differ. According to thebalance.com, 70% of Americans are spending an average of $3.2 billion dollars just on their costumes, making it the most expensive part about Halloween. Along with kids and adult costumes, America is now using their hard-earned money to buy their pets’ costumes as well.
Closely following costumes, Americans are paying a pretty penny for their Halloween candy, topping out at $2.6 billion dollars – all just to spoil the little kids, or greedy teenagers when they come knocking on the door.
“As a kid, my favorite part of Halloween was always getting home after a long night of trick-or-treating with my family and dumping out my bucket of candy and digging in,” Buth said. “We always knew which houses had the best candies, so we would hit them up first.”
After your mask comes off and your belly is full of sugar, it is time to break out the carving knives and give the pumpkins a face. The tradition of carving pumpkins into jack-o-lanterns has been around since the 19 th century-originating in Ireland. Americans continue to keep this tradition alive by forking out $2.87 billion dollars on pumpkins each year with the average
pumpkin costing around five dollars. Checking out a local pumpkin patch is a great way to put your carving skills to the test.
As Halloween is nearing and spooky season is upon us, going to a haunted house is almost essential in order to get the full effect of Halloween. Today, there are about 1,200 haunted house attractions in the United States, in which an average of 8,000 people attends them each year.
According to iowastatedaily.com, “the haunted house attraction industry makes between 500 and 800 million dollars a year in ticket sales. More than 80% of attractions are run by or benefit a charity of some kind.”
The average cost per person to attend is around $15, however, they can range anywhere from $13 to $65. The professional attractions are more pricey, but the scare factor is also heightened.

With all the fun, entertaining and scary activities that this holiday brings to town, the Dakota Student wishes everyone a safe and Spooktacular Halloween.