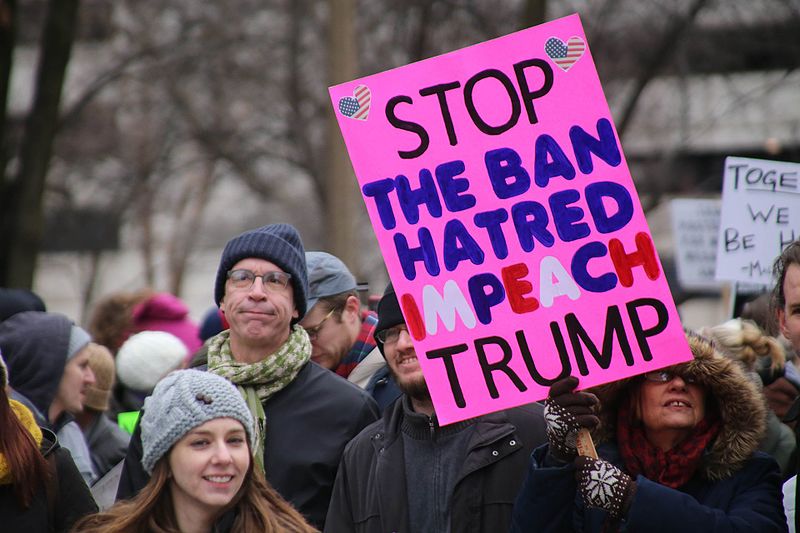 So, what’s new in the latest impeachment inquiry? A phone call between President Trump and President Volodymyr Zelensky of Ukraine. Read the transcript if you would like, it’s on multiple websites.

The thing about the phone call that has people fired up has two main factors. One being that it’s Trump, and people hate him for being him, the second being a specific conversation relating to Joe Biden and a prosecutor in Ukraine. President Trump asked President Zelensky about the prosecutor and why he was fired. This of course relating to the scenario between Joe and Hunter Biden (Joe’s son), a certain Ukrainian gas company and the government of Ukraine. Basically, Hunter was making 50k possibly more per month in Ukraine, but Ukraine did not know that. So, what happens when you make 50k per month in the U.S. and the IRS does not know about it? Well, same thing happens in Ukraine, but probably worse. Unless, you are Joe Biden’s kid. Joe got the Ukrainian government to fire the prosecutor who was handling his son’s case. This was not headline news, why? I do not know. Anyways, the phone call conversation was not infringing on elections, which is illegal, but rather it was about President Trump asking about a potential illegal move Joe made, which is not illegal.

All in all, this impeachment attempt is a mockery of the U.S. and its values. It makes our nation look weak.

But I was all for it in 2016. Why is that? This was before Trump even took office, and I was already all for getting him out. Before I got into politics and writing, I had a different view of the world. You see I am normally about science and logic, common sense and decency. That’s what my interpretation of most Liberal candidates was. That’s what I thought they stood for. I was wrong. Everyone is a disaster. Politics is a battlefield. Politicians do not just go for other politicians’ beliefs, they go for their morals. You are not just wrong in an argument, you are wrong down to your soul. That is how these battles are fought.

You must remember, politicians do not just have one face, they have multiple. Just look at Robert O’Rourke, more commonly known as Beto. He’s a Democratic politician running for president based out of Texas. He has changed his stance to strengthen his poll numbers three times in the past month. At first Robert said he will not take ARs, now he says, “Hell yes I’m going to take your ARs.” When that did not gain him enough support, he took the old Bernie Sanders flip and said he is going to legalize marijuana. The politicians will do anything and everything to gain supporters.

That is what I did not understand in 2016 and that is why people choose Donald Trump. They were sick of two-faced politicians giving them nothing but empty promises and failed social programs.