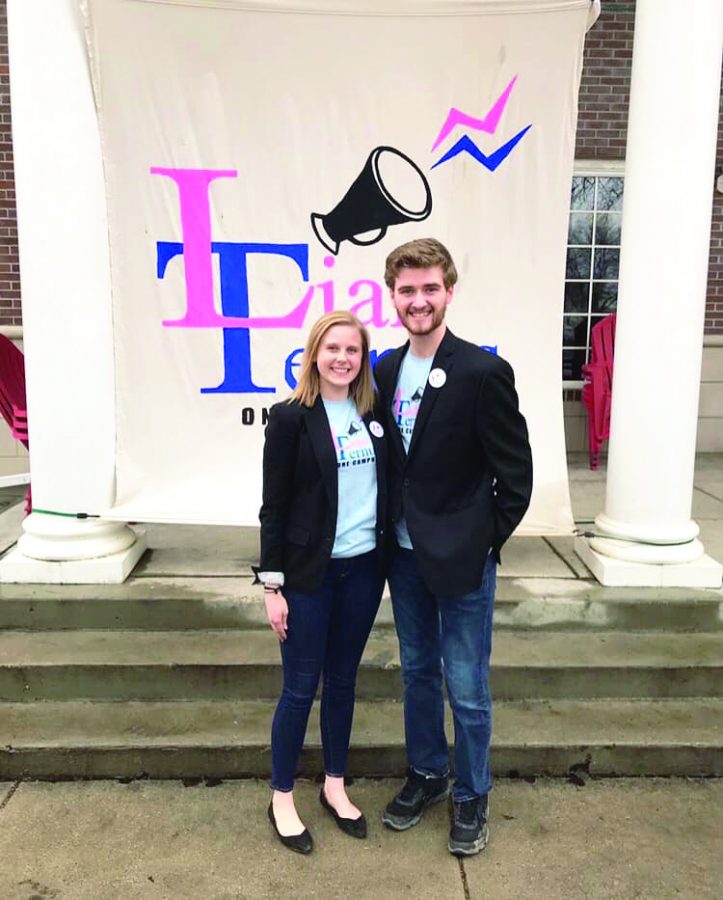 On Wednesday, April 17, students voted on their next student government leaders. There was a total of 37 students who ran for positions within student government. The newly elected Student Body President and Vice President are Gracie Lian and Matthew Ternus. The two won the position by a 62% majority. To put their win in perspective last years election was a 50.4% win majority and the year before that a 48.8% majority.

Lian and Terus will officially start their term at the last student government meeting on May 1. The two have a lot ahead of them. A potential search for a new University President if President Kennedy receives the position at CU, the construction of the new Memorial Union and all the changes that are included with that. With potential for a new business school, and an academic year that will come with changes.

The two campaigned on three words that hold meeting to them, these were the creation of O.N.E Campus. The letters in ONE stood for Opportunity, Notification, and Essential. Within these they have ideas for a potential hockey tailgate, a campus wide newsletter, and expanding open educational resources for students.

Looking ahead at opportunity, Lian stated that she wants to starting working right ahead with the city.

“The first thing I plan on doing is working with the city of Grand Forks to continue growing our sponsorship and partnership for the Greenway Takeover Festival, which will happen at the beginning of the next school year on September 5th through the 8th,” Lian said. “We want to see student vouchers return and possibly even sponsor some free tickets for students as there will be an entrance fee after 6:00 pm this year.”

The Greenway Takeover Festival is an event that Student Government has been partnering with the city with for a few years now.

Unlike Lian, Ternus is focused on students and their need for affordable academic resources.

“Right away, I think one of our biggest priorities will be getting another investment into Open Education Resources. Students have saved millions because of the investments the University made a few years ago, it’s time we do that again,” Ternus said. “On top of OERs, providing students with new opportunity to engage in the community. I recently say in on the Community/Campus Enrichment meeting, and I’m happy knowing there are going to be some great cooperation between the University and the Grand Forks community next year and even further down the line.”

These two immediate goals are different, but will still impact students. Together, they both are hoping to grow communication between student government, the university and students. The changes that will be happening on campus are updated on a blog, but not a lot of students are aware of this. Lian and Ternus want to expand that knowledge.

Ternus said, “Ensuring students are notified of these upcoming changes is going to be huge. Continuing to have open forums for things like the Memorial Union and parking will provide students easy access to information as well as a way to provide their input and concerns. On top of that, we’ll be working on a Student Government newsletter which can serve as another source for students to hear about everything happening on campus.”

Lian also agrees with Ternus regarding the notification of changes happening in the upcoming year.

“In order to keep students connected to the campus and involved in campus life we really want to expand events and opportunities they have to get involved. So creating more programs and events, like introducing and implementing intramural E-Sports and by giving students the opportunity to tailgate at more sports than just football and by expanding and really advertising current events like dances in the residence halls that are sometimes open to everyone and Greek philanthropies that are open to all students,” Lian said.

Together, they see themselves as the “champion of student voices” for their time in office. They both commented that their experience of campaigning has allowed them to really hear what student’s needs in and out of the classroom are and how they both, and their team can benefit them.

Student Government meets every Wednesday at 6pm in the River Valley Room of the Memorial Union. The location of meetings for next year is unknown.