A year of controversy

A recap of this year’s news stories 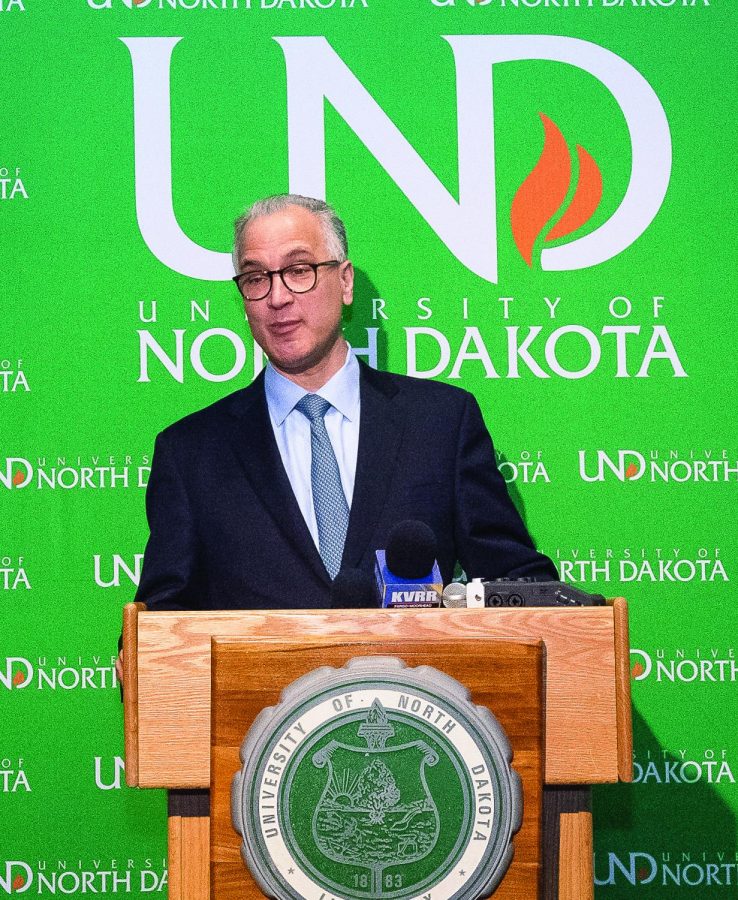 This school year started with controversy and has come to a close with yet again more controversy. In the beginning of the school year we took a look at the faltering relationship between UND’s President Mark Kennedy and Kris Engelstad McGarry, trustee of the Engelstad Family Foundation. Recently, we took a dive into President Mark Kennedy’s finalist position to become the new acting president of the University of Colorado.

With the year coming to an end, we can’t forget about all of the things in-between, so let’s take a look back at all the major headlines of the year.

Parking has always been a hot topic at UND and at the beginning of the 2018-2019 academic year, discussions surrounding parking could be heard everywhere. Students were outraged with parking services as new lots have been made and ticket prices went up. Throughout the year there have been a rather large amount of discussion surrounding the controversy of parking this year and how things can change. After many public forums, it was recently announced that there will be no major changes to the parking system here at UND.

In early fall 2018, UND’s leadership found itself amid controversy once again. As the university’s Aviation Department voted 32-0 with two absentees, in favor of a no confidence resolution for Provost Tom DiLorenzo. The department had felt that the actions of DiLorenzo have resulted in jeopardizing flight safety. President Kennedy quickly addressed the situation in a statement where he said that he was going to address the situation and resolve any concerns.

In late November, UND students were given the opportunity to vote yes or no to a fee of $14 per credit to build a new Memorial Union. With a close number of votes, the plan to demolish the current union and build a new one was a go. Since the vote many offices have already been relocating as construction has begun in certain areas. Next year students will remain without a union as the new one is expected to open in spring of 2021.

Pranksters Put on a Show

What is a good school year without a little fun? Earlier this semester Barstool UND gained a lot of attention as they tweeted images of what had appeared to be a ‘hack’ on the UND website. The post stated that ‘UND.edu has been compromised and now the secrets out about all of our majors.’ One of the majors falling victim to the prank was Commercial Aviation as a part of their description had been changed to “we can’t say you will learn social skills but you will be able to buy a Cesna.” The university responded with a humorous ‘hack’ of their own on social media as they explained this was an act of good photoshop skills.

As mentioned earlier, we ended this year on yet again another controversial note, as President Mark Kennedy addressed rumors that he would be leaving the university, with a statement that was sent out via email. In the statement Kennedy thanked UND for the time he had been here and explained that he was the sole finalist for University of Colorado Presidency. Tensions have remained high around the state since this discussion as the North Dakota State University System accepted Kennedy’s de facto resignation, but Kennedy has made it clear he has not yet resigned. University of Colorado still has yet to make any decision on Kennedy’s future with CU and it still remains unclear if he will return.