After a successful season, the golf team will look to continue to build the program for the future 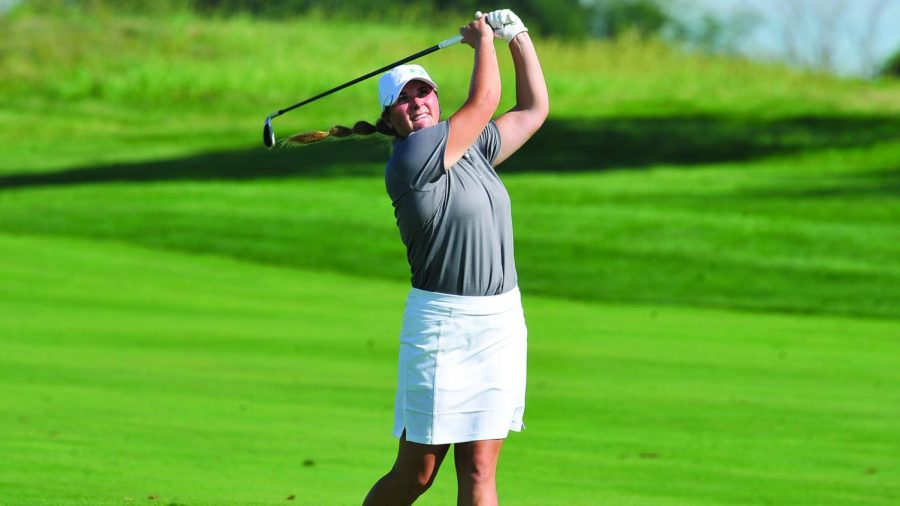 This season has been a big turn-around from a bit of a disappointing season last year. To keep improving, the golf team is looking to stay consistent and potentially advance into the playoffs next year.

Janu is currently studying management and graduates in May. She was born and raised in Glenwood, Minn. Janu has a lot to be proud of during her time at the University of North Dakota, being honored as a historical player all four years. On April 21-23, Janu finished up her career as a UND golfer tied for 14th place in the Summit League Conference tournament.

Janu isn’t the only senior creating records, her teammate Hanna Peterson is doing the same. Peterson is studying Civil Engineering and grew up in Marshall, Minn. During the conference tournament, Peterson tied for 26th place individually after she shot an 81.

Last but not least, Benedikte Pettersen is a current senior from Stavanger, Norway and is currently studying Kinesiology and Psychology. Pettersen transferred to UND from The American College of Norway in Moss, Norway. Pettersen did not compete during her senior season, but she earned her first letter as a freshman.

Sophomores getting it done:

Ashlyn Guggisberg, who originally committed the University of Montana, is taking on her role as part of the Fighting Hawks golf team. Guggisberg is currently studying biology and is from Glenwood, Minn. Being a North Dakota Fighting Hawk runs in the family as her older sister Alexis was a captain during the 2016-17 season. At the conference tournament, Guggisberg was the number two golfer for UND with an impressive last day of 75 which launched her into 27th place overall.

The golf team seems to be doing everything they can to get the job done. While they are losing some star players to graduation, with the current juniors, sophomores, freshmen and the incoming recruits, the team should still be stable for next season.

The UND golf team will look to keep climbing the ranks of the Summit League next season. Rogers and Guggisberg are expected to emerge as leaders of the team as the seniors of this year move on.

Although the women’s season has just come to an end, the UND men’s golf team will compete in the Summit League Championships this week at Sand Creek Station Golf Club in Newton, Kan. There will be nine schools competing and live results will be available at results.golfstat.com. Go Hawks!