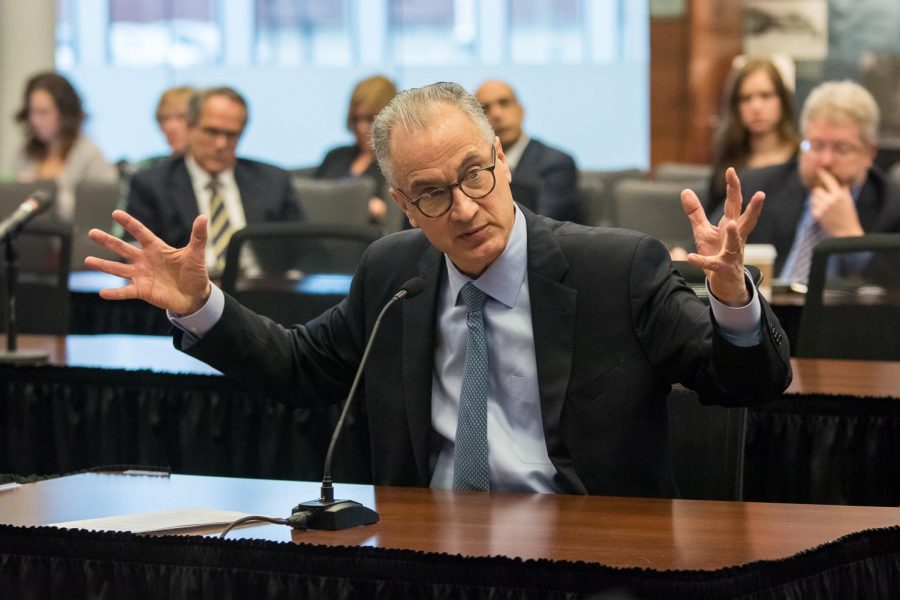 Tensions have been high around the University of North Dakota campus as it was announced Tuesday morning by the Grand Forks Herald that there were rumors UND President Mark Kennedy was the sole finalist for the University of Colorado presidency.  The rumors surmounted Wednesday morning when Kennedy released his own statement via email.

“While I will be visiting the CU campuses later this month prior to the Regents making a formal appointment, I remain devoted to my role in leading the University of North Dakota through the academic year and the legislative session,” Kennedy said. “I will work closely with the finest legislative delegation in the state and our strong partners with Team Grand Forks – including the city, chamber and economic development corporation – to conclude this session in a manner that supports UND priorities, as I am hopeful it will.”

North Dakota University System Chancellor Mark Hagerott sent a letter in response to Kennedy’s announcement congratulating him, he also pointed out that he considers his letter as a notice of his resignation.

As the rumors were confirmed there were mixed emotions around the state as to what is in store for the future of the University. Many are hoping that this move will promote change and new beginnings for UND.

As Kennedy gears up to possibly accept a new position in Colorado he also went on to have an interview with Boulder’s Daily Camera newspaper where he made comments about the state of North Dakota that are not sitting well with many government officials and has sparked controversy amid the state.

One of the main factors that have led towards Kennedy’s new opportunity is his UND strategic plan which emphasizes seven main goals to accomplish by 2022 which would make UND the ‘premier flagship university in the northern plains.’ The seven goals are to create a strong foundation of liberal arts, increase graduation rates, increase enrollment both online and on-campus, enhance research, become more inclusive, support the educational needs of the military and attract support from the alumni.

Although Kennedy is the sole finalist for the CU system president it does not mean that he has the job quite yet. New rumors have been sparked that CU is still questioning their decision. CU Regent Lesley Smith tweeted, “We voted for Kennedy as finalist for CU President. There’s a 14-d vetting period before we vote for President. Some information about Mark has come to light that is concerning; my colleagues and I will be exploring this further.”

Along with the tweet there also was an open letter being sent around imploring the CU regents to withdraw Kennedy’s nomination, as well an online petition to stop the nomination.

Kennedy currently has plans to visit the four different CU campuses the week of April 22 despite possible protests.

The waiting game will continue as Colorado law requires that a presidential finalist’s name must be public at least 14 days prior to the candidate officially becoming president.