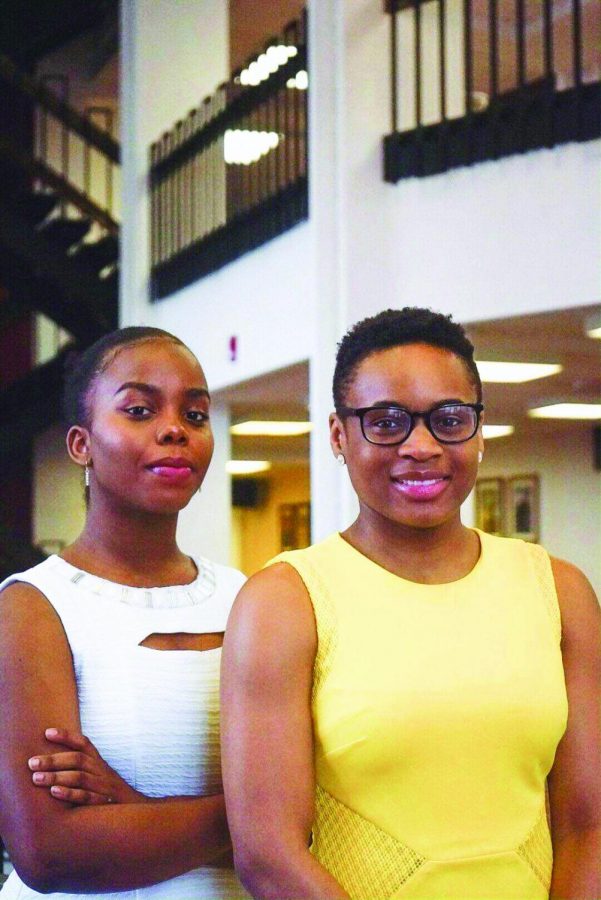 This student body election will have three names on the ballot. The last time there were three executive tickets running was in 2017. Recently to join the race are Cora Ijeoma Odoala and Saphyra Turnier Jeudy. Neither of the who have any experience in student government, but their hopes are to: Link Up UND.

She decided to run for Student Body President because she feels like there are things that are lacking within the UND community. Most specifically conversations.

“I want to have different conversations with different students to get their viewpoint on different things and I have noticed that there a lot of issues on campus. I have always been a very passionate person when it comes to making change, being a leader in my community. I saw that student government had elections open and I know what students need to get changed, this is why I wanted to run for president,” Odaola said.

Due to her involvement around campus, she sees that this gives her an advantage in comparison to the other candidates. Her running mate is also very involved on campus.

Sapyra Turnier Jeudy is also a junior. She is studying Philosophy with a Pre-Law emphasis and a minor in Chinese. She is involved with the African Student Union, the Black Student Association, Philosophy club and Chi Alpha.

She is running for many different reasons, but her main focus is that her and Odoala see many disconnects across campus, but most specifically, that most students are not aware of who is on student government, and what their role on campus is.

“We are ready to be uncomfortable, if it needs to be to get to where we want to be, when she [Odoala] called me that day, I realized I never even heard of it [student government] and that was the interesting part, we have representatives but we don’t know their faces, we don’t know their names, and what they are doing for us,” Jeudy said. “That is something we wanted to work on, to bring it [student government] to the students. So, we can represent them, if they don’t know about us, we don’t get to represent them and their opinions.”

Along with the disconnect on campus, they want more students to get involved within the community. At Odoala’s former university, Oklahoma State, it was required that students participated in some form of community service. This requirement could have been from their major or the clubs that they are involved in on campus. She would like to see that over time, programs encourage their students to be more involved within their community.

“We are representing the student body and we are also encouraging students to be more involved in the community whether it is paid or not paid. It builds character and I have noticed that not a lot of students here are involved as much,” Odoala said. “I think an important part of your college experience is to go out into your college town and to meet the people and help them out in any way that you can. It is important for your community too, students are spending four or more years here, it’s important that they have that interaction with their town”

They also want to set the tone for other students who are interested in student government or simply getting involved but not sure how to do it.

“We want to be a role model for other students, that if they are interested, they should know that they can do it. We can randomly come out of nowhere and run for Student Government. We want to be role models for people, and encourage others to be involved in a different way than maybe they are or not” Odoala said.

Student Government elections will happen on April 17. On April 9, there will be an open forum at 3 p.m. for students to meet the executive candidates. This will take place at Wilkerson Commons, at the stage area.