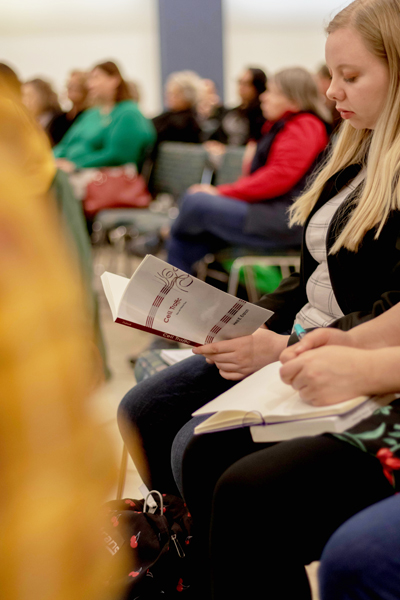 This week saw the 50th Annual UND Writers Conference, a three-day event featuring panels and public readings by six talented writers of all different backgrounds. One such writer who was hosted by the event was a North Dakota local, Heid Erdrich.

Erdrich is well-known for her published collections of poems, the most recent being Curator of Ephemera at the New Museum for Archaic Media, but is also no stranger to working on non-fiction and short stories. However, there is more to Erdrich than just her work.

“I’m kind of a bear, like a real bear, not just a human. I operate seasonally. I like to dig in in November and not come out until February if I don’t have to. I write during that time, mostly,” Erdrich said. “I like to teach and I like to go around and read my poems aloud. I like to cook, and I like plants and animals.”

Born in Breckenridge, Minn. and raised in Wahpeton, N.D., Erdrich draws much of the inspiration for her writing from the scenic prairie.

“I grew up in North Dakota and I paid a lot of attention to the landscape and the birds around me and the water and plants and weather, and those things are still a lot in my work,” Erdrich said.

On the topic of traveling and reading her works in different places, Erdrich commented on the fact that she prefers the aspect of reading them aloud for people more than she likes to publish them. This was evident in her reading at the Memorial Union, as her poise and interaction with the audience seemed effortless.

“Remember I’m hibernating–Heid-bernating–a lot of the time, so I can save up my energy, be with a group of people, feel their reaction, they can ask me questions, we can have a conversation and then I can go away in the quiet and I don’t have to speak in public,” Erdrich said.

“It’s the energy I like to share with the world. I was a teacher for a long time, it’s a similar thing, but it also affords me a lot of time alone so that’s one of the reasons I really like that,” Erdrich said.

In relation to a collection of poetry, some people may be curious to know when the author feels that it’s complete. Having written six such collections, Erdrich was equipped to present a fitting answer.

“When it’s due, usually,” Erdrich said. “Although, one of the two that I just wrote I feel like it’s done. It’s a very rare thing. I feel like I did the whole thing because I got to the future and I can’t get any further than that.”

Another unique point of view that Erdrich brings to a discussion is her complete disbelief in the idea of writer’s block. She advises writers to keep writing when they find themselves in such a slump.

“You can throw it away, but once you’ve started writing, you’ll have good stuff,” Erdrich said.

Erdrich did bring up a problem that she tends to find herself struggling with that many people may be able to relate to, however.

“I have gym block. Sometimes I just can’t go to the gym. I believe gym block is real, but writer’s block is not,” Erdrich said.

In parting, Erdrich imparted some advice that she wanted to share for current university students.

“Don’t sweat it too much. You’re in college and you should be enjoying yourself. Don’t be too nervous about what you’re doing because something will come along and surprise you and change what you do with your life,” Erdrich said. “That’s the rule rather than the exception. It’s very hard to plan things out, so just do things you enjoy because you do them well and don’t worry about the ones you don’t do as well.”