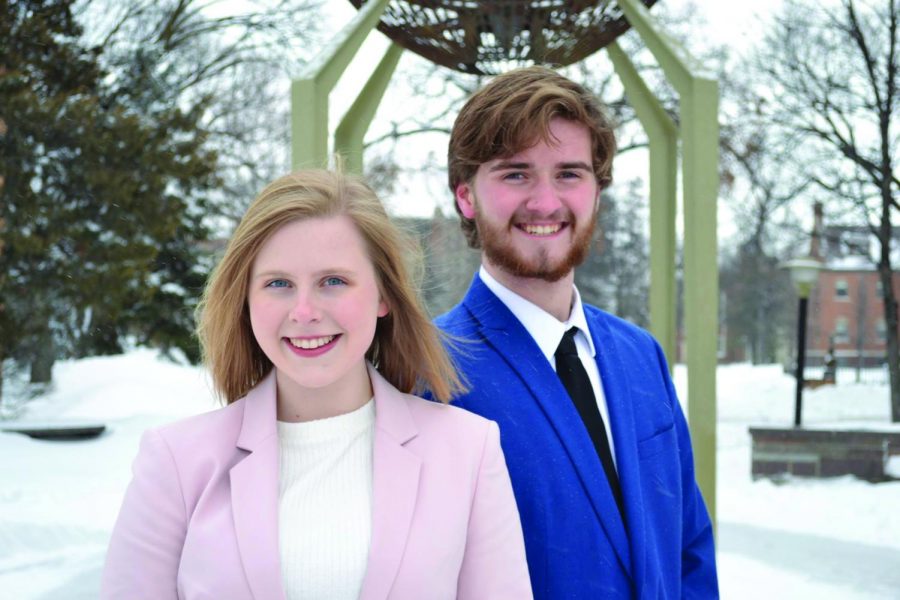 It seems like not too long ago, student body elections were happening on a chilly spring day. They are back, and two students have already announced their candidacy. Sophomores, Gracie Lian and Matthew Ternus are taking the journey to run as student body president and vice president, respectively.

The two officially announced their intentions to run on Feb.  20th through social media. Their official announcement stating their main goal to create “One Campus”. Their One Campus slogan states:

“We believe in #OneCampus. together, we will promote and grow the Opportunities for students to get involved, provide students with the Notification necessary in University programming and campus happenings, and make the Essentials of attending school at UND such as affordability and internet access our priority.”

Elaborating more on this One Campus idea, they both want to “provide students with things that are cool and useful through UND student government.” Stating that “there are a ton of reserve dollars and unallocated funds that haven’t been spent on much, just things that have been done in the past”

Lian and Ternus want to unite campus into one community. Their platform stands on the idea that there is a disconnect between students who live on campus, students who are involved in the Greek community and those who live off campus. Due to this, they would like to create a common ground, to provide students with opportunities for programming, essentials on campus like internet, and adequate funding for involvement on campus.

Lian currently represents students from the honors college, and those who are undeclared. The past school year, she has sponsored six different resolutions and written two different bills. The resolutions included a variety impactful changes to campus from supporting It’s On Us week to the support of a Student Government digital newsletter. She also sponsored one of the first bills of the school year, in support of the voucher system for the on campus farmers market.

Lian sees her potential role as student body president as a way to give back to Grand Forks.

“It came from a place of passion for this campus, I grew up in Grand Forks, I always had a connection to UND in some way, and to able to give back to that and work with the Grand Forks community was something that made me really excited and passionate to be a part of,” Lian said.

Ternus has served as vice president of Walsh Hall government, one semester as on-campus senator, and currently serves as senator for college of education and human development. Ternus is also president of Beta Theta Pi, a social fraternity on campus.

“Having experience in all of these different areas has been key and has really allowed me to see what is going on, what is happening in the residence halls, what is happening in Greek life, and being able to advocate for that in senate.” Ternus said. “It has really put me with so many different connections across campus, be that in Greek, on-campus, apartments, so it’s really allowed me to get a breath of knowledge and it’s helped me for voting for things, and trying to pass things.”

Their main theme of their campaign due to their experience on and off campus is to bring everyone together. With ideas of a hockey tailgate, student government newsletter, and a campus-wide philanthropy, they believe that this could create school pride and foster a stronger campus wide community.

For more information on their campaign and election updates, you can check out their Facebook page: Lian and Ternus for UND and their Instagram: LianTernus.

Lian and Ternus currently run unopposed and it is not clear as to if or when they will be opposed. Check for more Dakota Student stories as more possible candidates may declare and as the race continues.