Pranksters Put on a Show 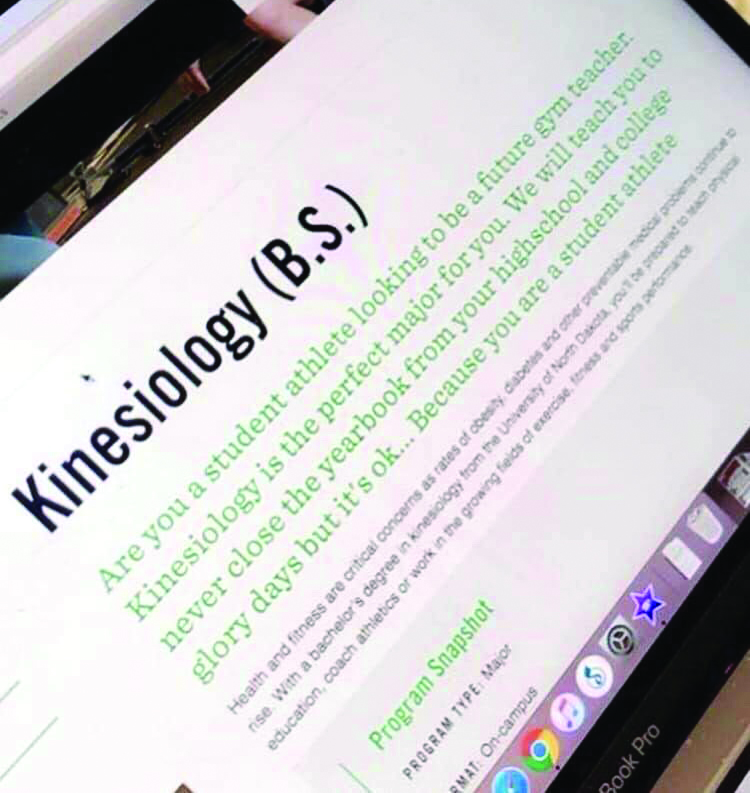 On Monday Feb. 25, Barstool UND gained a lot of attention as they tweeted images of what appeared to be a hack on the UND website. The post stated that ‘UND.edu has been compromised and now the secrets about all of our majors.’ Many students were easily fooled by what later would be found out to be doctored images of the university’s website major descriptions.

“What do you call a graduate from UND Law School? Unemployed. We have one of the worst law schools in the nation and half of our graduates can’t pass the bar exam,” the description for the Law degree reads.

The pranksters also made fun of a few other majors as well including Early Childhood Education. “You only need to be as smart as a sixth grader to teach graders 1-6.”

The fun didn’t stop there as they also tore apart the Commercial Aviation department. “We can’t say you will learn social skills but you will be able to buy a Cesna.”

Many students seemed to respond well to the post as they all found it rather amusing.

“I personally thought it was hilarious,” Sarah Ochscner, a UND student, said. “I am an Elementary Education major, so I found the Early Childhood Education description amusing.”

Despite what appeared to many to be a hack on the main website was quickly shot down by UND as they followed up with a post of a hack of their own. “No, we weren’t hacked. Maybe April Fools’ Day came early for some pranksters this year?”

The post also contained a description for the Cyber Security degree which answered the question as to how these pranksters pulled it off. “Any good prankster knows the tricks of Photoshop and altering the HTML.”

And just when you thought that the prank had been put to rest, the UND Police Department also got in on the good fun with their own post as they responded to Barstool UND’s original tweet with their own hack to their twitter bio.

“Hey @BarstoolUND! It appears that your Twitter Account was also compromised & the truth is out! #BestCopsAround,” the response read.

After all the fun, these pranksters may find themselves in the history books as the post has been shared by many on different social media platforms.