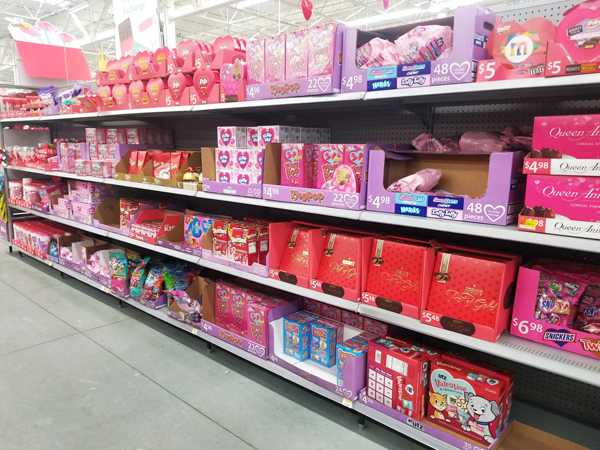 Valentine’s Day, some hate it some love it. But one thing is for sure, it does not matter. The tradition started as early as the 5th century during the Roman empire.

“It’s thought that as part of the celebrations, boys drew names of girls from a box. They’d be boyfriend and girlfriend during the festival and sometimes they’d get married. Later on, the church wanted to turn this festival into a Christian celebration and decided to use it to remember St Valentine too. Gradually, St Valentine’s name started to be used by people to express their feelings to those they loved,” the BBC said.

As the years went on, especially in the 20th century, it could be noted that the use of Valentine’s Day turned from something of meaning to a commercial enterprise where businesses hope to benefit from the consumer as much as possible.

Similar to engagement rings, which were mainly introduced as severe propaganda by the De Beers corporation in the 1930’s, before then it was uncommon for civil people to use diamonds as an engagement ring.

Valentine’s Day soon became commercialized by companies hoping to make a profit. We’ve all more than likely heard the common phrases, “Get them something they will remember,” “treat them with something right.” These sayings create an expectation that cannot always be withheld. Especially if an individual does not have access to excess resources to spend.
The holiday pressures couples to buy gifts for each other, exercising a materialistic market where we consistently must pretend that THINGS matter.

Buying gifts, presents and chocolates to show we love someone? We shouldn’t have to give a gift to show this. Being there in times of despair is more important than buying chocolates.
Valentine’s Day creates this illusion of treating your partner special on this one day. If you’re in a relationship, you should not make one day out of the year, “a special day” where you treat each other nicely. Love comes from the heart, not from what you give to someone. Love is more powerful than things. It’s something special, something we can’t explain. It’s stupid to think we can buy something like that, it’s superficial and phony.

Valentine’s Day has become a fake holiday, buying things for each other because society and propaganda tell us we have to. I bet couples who are in a failing relationship will still do this even if they are not meant to be. They will treat each other nice, in a fake way, because everywhere they look they see, Valentine’s day chocolates, candies, signs, slogans and propaganda almost forcing consumers to buy products.