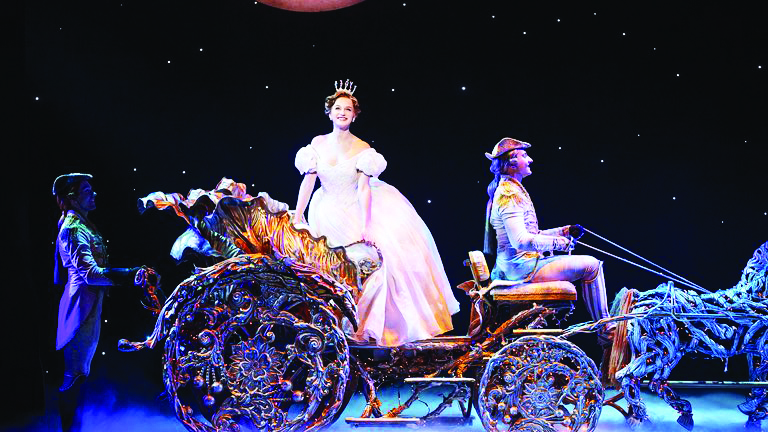 Walking into the Chester Fritz Auditorium on Monday night, one could feel the excitement of families and friends who were there to experience the retelling of the age old story of Cinderella. The first floor of the building was packed with people shoulder to shoulder who were trying to either trudge further into the space to find someone who could point them to their seats or make their way to a window to purchase their tickets at the last minute.

Those who made up the second group and bought their tickets that night played a dangerous game in hoping that they would be able to get seats in the first place, as a quick look online at the availability of tickets would show that the vast majority had already been sold beforehand. Due to the show’s popularity, and the fact that it was only in town for one night, if it didn’t sell out, it was very close to doing so.

The show itself revealed just why so few seats were left empty. The first act of the performance tells the familiar story of Cinderella, who appears to be alone in the world as she has to endure the torment from her cruel stepmother and stepsisters, only until the Fairy Godmother repays her for her kindness and helps her go to the ball where she falls in love with the prince.

However, this story has a bit more flavor sprinkled in with some of the other characters, such as how Prince Christopher struggles to learn how to be a good ruler and live up to his late parents’ reputation and the common folks’ unrest with the injustices that have recently been transpiring in the kingdom.

The story breaks off from the traditional tale the most at the end of the first act, when Cinderella’s actions prevent the prince from being able to find her again. This leads to the story being extended past what most are used to, showing Cinderella forming a strong bond with one of her not-so-evil stepsisters and learns to accept that being different isn’t necessarily a bad thing, and may even help to bring about a lot of good.

Sitting in the audience, you might be lucky enough to witness the effect that the magic of the show had on the younger audience members. The ones who arguably can appreciate the show the most were the ones who would squirm in their chairs in excitement as the Fairy Godmother turned four white mice into horses or as Prince Christopher slayed a mighty dragon. Some may even try to join in when someone onstage breaks out into song.

The show was only made better by the incredibly talented cast and crew, with strong, beautiful voices and a set that is in no way lacking in complexity. The on-stage transformations alone are enough to make you believe in magic. With all of these elements thrown into one show, you are likely to leave with a newfound appreciation for the classic story and a question of when you can see it again.