The Young Cowboys of Grand Forks 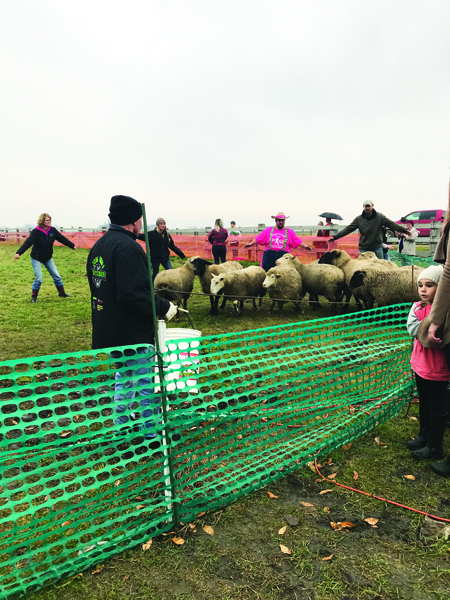 Wojo Rodeos joined Patch on Point for a good mutton bustin’ to kick off the weekend in Grand Forks.

Although there was rain, that didn’t stop people from spectating one of the most intense events of the month.

So what is mutton bustin’?

It is when kids, in this case under 50 lbs, ride sheep and try to stay on for as long as they can. It is the kid version of a rodeo but that’s not to say it is any less challenging. The event started to get kids introduced to the different events a rodeo offers.

In this case, the event was just for fun and gave kids the opportunity to try something new.

Each contestant fought to stay on for as long as they could so they could be the days champion of the mutton bustin’ competition.

There were multiple brave kids that took on the challenge this Saturday at Patch on the Point which is located in East Grand Forks. They did two rounds for this event, one took place at 2 pm and the other at 5 pm. Because of the rain, the later section was moved inside but the 2 pm crowd wasn’t intimidated by a little rain.

The stands were full of people watching and cheering on each contestant.

They started by rounding up the sheep which sometimes seemed easier when compared to other times. Right before the last round of kids there were some escapees, but it took little to no time to round them back up.

The young cowboys and cowgirls waited patiently to the side while they watched each other go. They each got suited up with a helmet and were on their way.

Each contestant was timed to see who stayed on the longest but everyone was awarded a goodie bag for participating. The average seemed to be about five seconds while some lasted more and others less. Either way, it was impressive to see the kids participate in general.

The winners from each event were awarded a cool belt buckle.

They had a little holding pen where they helped each kid get on and grip the sheep. As soon as the gate opened, the sheep ran while they tried to stay on. The sheep ran very quickly and there were some hard hits, but no one was hurt.

There were cheers and applauds coming from the stands which made it all that more exciting. And most kids came running to their parents after with a smile on their face.

Mutton bustin’ is a great fall activity especially at a family fun location.