The scary reality of Gun Violence in the United States 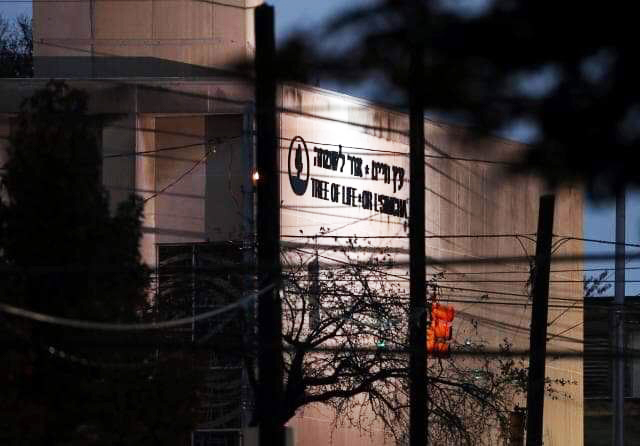 Halloween is nearly here. But who needs halloween when you’ve been scared all year?

There seems to have been an uptick in violent shootings in this country. Every week there seems to be a school shooting, racially motivated shooting, or police officer shooting of an unarmed suspect to get outraged about. We bemoan the lax gun laws or the state of mental healthcare in this nation for about a day a two, then we go back to our lives only to have the same conversation after the next violent shooting. After all, that could never happen here, right?

Not anymore. After this Saturday’s attack at a Pittsburgh synagogue where 11 Jewish worshippers were killed, I am officially spooked.

While we still don’t know much at this point, we know the shooter expressed his desire to kill Jewish people during the rampage. He also made many anti-semitic posts on social media, one specifically about Jewish Aid groups helping refugees come to the US. His last post before the rampage mentioned these aid groups, saying they like to “bring invaders in that kill our people. I can’t sit by and watch my people get slaughtered. Screw your optics, I’m going in.”

This is scary because what does that even mean? Where are you watching your “people get slaughtered?” Since when are Jews bringing in invaders that “kill our people?” What are you even talking about? Either the guy was completely out of his mind, or he’s been reading tons of fake news online. Not just fake news, news that is completely made up.

The other reason this is so scary is the fact that he targeted Jewish people. Jews have been persecuted for millennia, but after the holocaust hating Jews is not socially acceptable anymore.

It’s a sad fact, but if he had targeted a Muslim mosque or a black church, I don’t think we’d be nearly as surprised by the attack. Muslims and blacks are two groups that have been blamed and targeted by white supremacists in the recent past. And while that in itself is a heinous and unjustifiable crime, the fact that Jews were targeted in a synagogue on their holy day means that no-one is off limits anymore. Anyone could be a target, anywhere, anytime. And that is the scariest thing about this story.

People like to think “oh, that could never happen here.” Let’s not forget, it was here in Grand Forks where someone burned down the Juba cafe, a somalian restaurant and spray painted nazi symbols on the walls. The underlying factors which may have led to Saturday’s shocking killings are present here too.

The purpose of a terror attack is to spread fear and divide the population, usually in pursuit of political aims. That’s why in these tough times, it’s going to be so important to communicate and work together regardless of what one’s political views are. A bullet doesn’t discriminate against whether you are a democrat or a republican. I hope our government leaders understand this and start working together soon to figure out how to stop the hate.

Until that happens, I have my concealed carry permit to protect myself. I suggest you do the same.