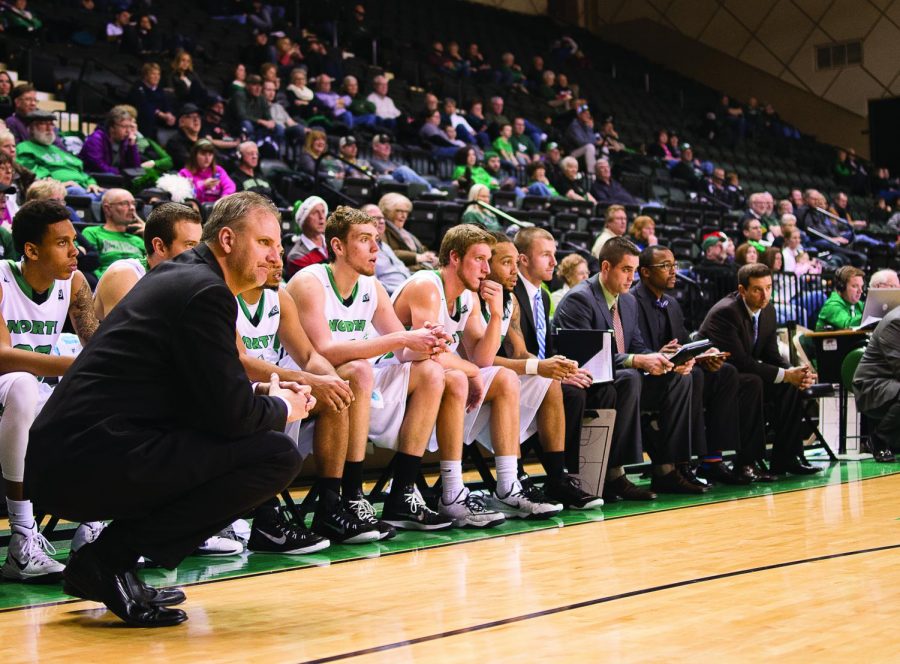 The University of North Dakota Men’s Basketball team recently released the schedule for their inaugural season in the Summit League.

The biggest changes that you’ll notice in their schedule from the previous years are in conference play. Instead of traveling along the west coast for games against teams like Sacramento State and Eastern Washington, the Fighting Hawks will get to stay relatively close to home during conference play now that they’re in the Summit League.

UND will kick off the 2018-19 season at home against Northland College on November 6. Then, they’ll hit the road for two away games. The first of which is at Milwaukee on November 10 and the second will be against what will likely be looked at as their most difficult opponent in years, as they head to Lexington to take on Kentucky at the famed Rupp Arena for the Ohio Valley Hardwood Showcase.

Kentucky, like usual, is loaded with NBA prospects. They have four incoming 5-star freshmen that are all in the top 25 on ESPN’s list of the top 100 players from the class of 2018, including Keldon Johnson (No. 7) and E.J. Montgomery (No. 14).

This will without a doubt be a tough test for the Fighting Hawks, but if they’re able to pull off an upset, it would bring lots of national attention to the program.

Even after the highly anticipated Kentucky game, the rest of their non-conference schedule is really interesting. They play former Big Sky opponents Montana State and Idaho in back-to-back games at the end of November and beginning of December. Last season, they lost both of their games against Idaho and split the season series against Montana State, including an intense 75-74 win at home.

On December 18, UND will travel to Marquette University to play the Golden Eagles. Marquette is coming off a decent season where they finished 6th place in the Big East Conference. They might not be as well known nationally as they used to be, but Marquette has had some incredible players come through their program. If you’ve heard of NBA stars Jimmy Butler and Dwyane Wade, then you’ve heard of some Marquette alumni. Obviously, those players don’t have much to do with the current status of the basketball team, but it’s still cool to play a team that has so much history involved in their program.

As far as conference play goes, Summit League games for the Fighting Hawks will start after Christmas with their first conference game at home against Purdue Fort Wayne.

Perhaps the coolest part about UND being part of the Summit League Conference is that they now are guaranteed to play NDSU twice per year. Plus, they’ll matter more now since they’ll be conference games as opposed to non-conference games. Those matchups should be wild. It’s a great opportunity for the university and its students to bring more heat to an already intense rivalry.

Last year, UND split their season series with NDSU, losing in Grand Forks and winning in Fargo. During the 2018-19 season, the rivalry will begin on January 19 at NDSU. The Bison will come to the Betty Engelstad Sioux Center on February 6 for the second of the two matchups.

Other notable games for the Fighting Hawks include their home matchups against reigning Summit League champs South Dakota State on January 16 and against perennial rival South Dakota on January 23.

UND’s final home game is February 23 against Denver and the final game of the regular season is on the road at South Dakota on March 2.