The struggle with North Dakota 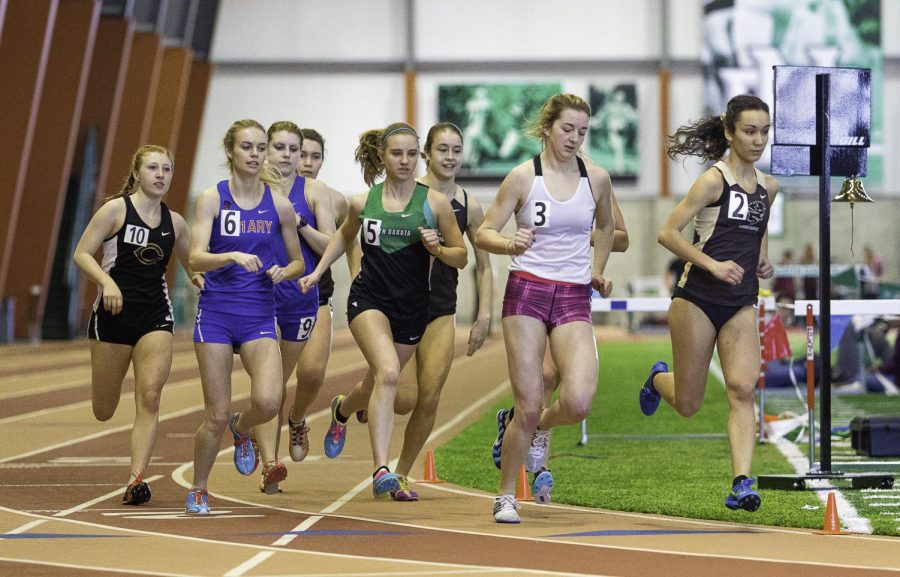 A long winter and cold, snowy spring have hampered the UND track and field teams' practice and competitive efforts.

Long winters aren’t anything new to the residents of Grand Forks. It becomes normal to see snow in April and even into May. However, when it throws off a sports season the snow becomes a little less bearable.

Thirty athletes on the UND track and field team travelled to Sacramento, California over Easter break for an opportunity to compete outside without the burden of snow and ice. Most athletes who didn’t make the travel roster either went home to cold weather throughout Minnesota and North Dakota or stayed in Grand Forks where snow hit once again.

The outdoor track season started out with a spring break trip to Myrtle Beach, South Carolina which was cut short from the usual ten day trip of years past to a mere four days. In the warm weather, the weekend was filled with personal bests and opportunities for athletes to try new events.

The meet was a great rust-buster considering most of the travel roster hadn’t competed since the last weekend in February at the indoor conference meet.

The downside to long trips like this is that the travel roster is limited. Therefore, about half the team gets to travel to warmer weather and the remaining teammates stay behind.

It wouldn’t be as big of an issue missing out on these meets if the weather in Grand Forks was nice enough to get in some quality training outdoors, but it’s not. The gap between the travel roster and those who stay behind is forced open wider than before.

“The opportunity to travel to better weather early in the season just prepares the team that much more for championship racing,” sophomore Hannah Oscarson said. “It’s really nice to compete in warm temperatures with such good competition.”

Previously mentioned, the last indoor track meet was indoor conference in Flagstaff, Arizona which also had a limited travel roster. So for a lot of the team the last indoor meet was the UND Indoor Tune Up, which took place on February 17.

The problem is that even with the university’s High Performance Center giving the track and field team an incredible indoor facility, it still falls short for the throwers and distance athletes especially. Training is compromised because of the cold weather and inability to train well outside.

For distance runners the long winters mean getting used to running circles in the HPC to crank out long miles or bundling up and balancing on the snow and ice on the roads.

Oscarson, a distance runner, enjoys the benefits of the HPC during the winter but would rather be outside.

“The HPC allows us to put in a lot of miles and get some quality speed in during the winter without having to worry about the stress of being on the snow and ice,” Oscarson said. “But I think that the conditions still inhibit us. I definitely think that teams that don’t have to deal with the winter are at an advantage.”

Whether the conditions inhibit the team’s performance stays up in the air as they return back to Grand Forks from Sacramento with new season bests and wins from a variety of athletes across different events. Although the forecast looks bleak, the rest of the track and field season is looking bright.

Madison Overby is a sports writer for the Dakota Student. She can be reached at [email protected]