The “Fighting Sioux” is coming back to UND 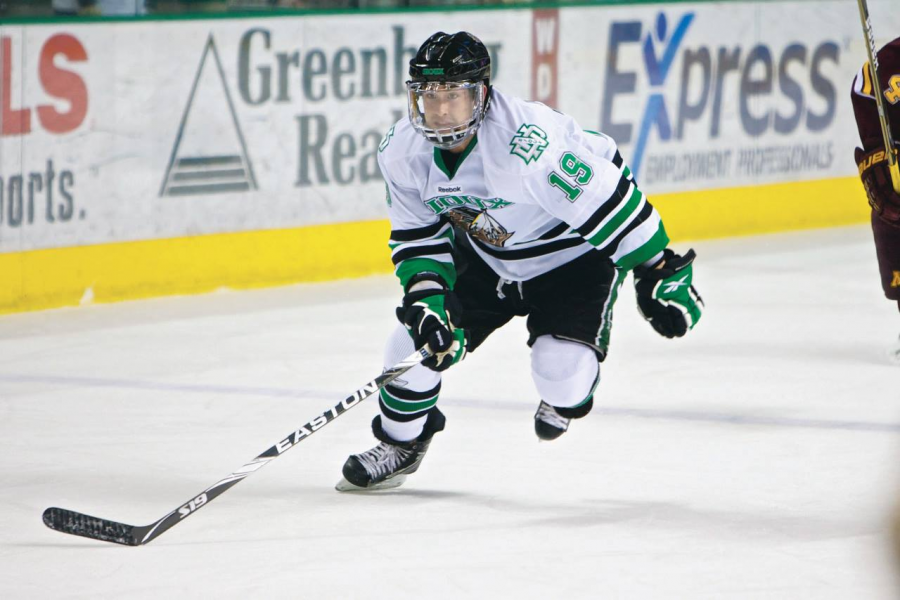 As an Easter surprise, a federal judge in the Eighth Circuit of the United States Court of Appeals ruled in a landmark case that UND’s former nickname and logo are both eligible for renewal in the U.S. Trademark Office.

As early as 2005, the NCAA had been pushing UND to abandon the logo, citing it as exploitative of Native American tribes. They were successful in their efforts in 2012, when the threat of athletic sanctions forced the school to change the name following a stateside referendum.

The judge, Robert Rinder, ruled that the NCAA had no right to apply nor threaten UND with these sanctions, and found that UND should be allowed to renew the trademark rights. However, Rinder, made no mentioning of whether or not the logo and or nickname were considered harassment to Native Americans.

In a phone interview with President Mark Kennedy, Kennedy said this ruling came “just in time” upon his return from Central Florida.

“It’s excellent news that UND, which is one of fifty flagship universities in the country, will be able to continue its legacy and tradition as the Fighting Sioux,” Kennedy said. “We can now begin the long process of reconnecting with the alumni base that abandoned the school so long ago over this matter.”

Kennedy said that immediately following this ruling, his approval rating tripled from three to nine percent. He also said the transition back to using the Fighting Sioux will begin following Easter Break, starting with a rally at Ralph Engelstad Arena on April 20th.

During the hearing, a crowd of Sioux fans were repeatedly chanting, “Sioux Yah Yah. Yah Sioux Sioux.” The crowd was so large, it spilled down the hallway and outside the courthouse.

“It was one of the largest crowds we’ve ever had here,” Judge Rinder said. “It’s important for a judge to remain impartial, which is why I was able to see the issue through all the politics leading up to this decision.”

Since 2011, UND has seen a significant drop in alumni funds and donations over the nickname controversy, some alumni even refusing to tell their children the school existed to avoid having them enroll in the university.

Immediately following the decision, over $5 million has been donated to help the university transition back to the Fighting Sioux. Hockey season ticket and jersey sales also skyrocketed.

UND sophomore Frank Christian, sporting a Sioux jersey and flag, said this announcement is bringing new life to campus unity and marked it as a victory for students.

“All of my classmates are thrilled that the logo is back,” Christian said. “Even though we weren’t students when the Sioux logo was used, we still have a stronger connection to this logo over the Hawks for no f***ing reason.”

Other universities who lost their nicknames over similar NCAA sanctions have also announced they will begin the process of returning to their former names.

“This case means a lot to us, but it means more to the country,” Kennedy said. “Also, Happy Easter and April Fools.”