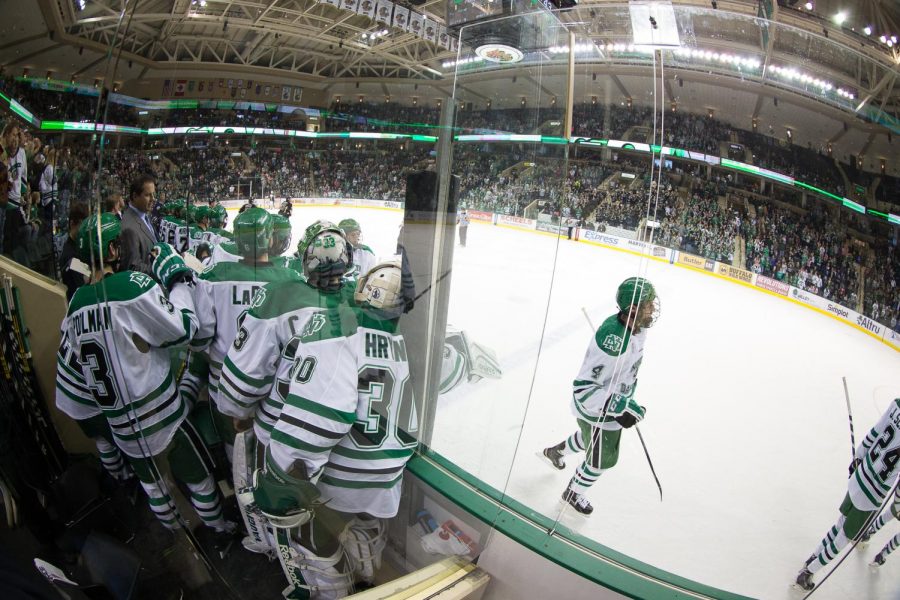 Now that some of the early signings have been completed, we can start to prepare and see what can be expected of next season. A year ago, Cam Johnson was campaigning to be the acting captain for the UND squad. We have an idea as to who our goalie will be with Peter Thome being the only goalie besides Cam to play last season.

However, with captain Austin Poganski leaving as a senior, fans look forward to the releasing of a name that will lead the ship back to the promised land. Until then, the fans will speculate. It’s always a debate when highly devoted fans speculate on which player will get the highly touted captaincy nod from Brad Berry and the rest of the team.

Rumors circulate around who will be the next captain, after the time comes for the former captain to move on to the next step in their hockey careers. So far with the speculations, it seems that the front runners could potentially be the future captain.

Starting things off, it’s important to take leadership qualities into consideration. Nick Jones came in as a transfer from Ohio State, known for his leadership abilities and his standout performance from this past year has jumped right into the lineup to become an impact player. Having only had one year with the program and already leaving such a strong impact on the team in the locker room and on the ice, he is a highly viable option for the future captain’s position.

“I really didn’t have much of a decision,” Jones said. “When I committed here, I was committing for two years. It didn’t really ever cross my mind that I would leave early from this place. I love it here. I love everything this program stands for. It wasn’t even a decision for me. I never even thought about it.”

Rhett Gardner, coming off another stepping stone year having been named the NCHC defensive forward of the year, is another solid candidate for the captain’s role. Even though he missed a fraction of the season last year, it may have benefited him in his leadership qualities.

Being unable to help the team on the ice, he had to rely on his ability to help them in what he could see from a different perspective. Being out of the lineup gave him the ability and time to guide the younger guys on the team.

“I want to get everything back to where it was when I came here as a freshman,” Gardner said.

This is a tantalizing statement that a lot of fans will eat up in the coming months with anticipation of opening night at the Ralph Engelstad Arena.

UND has retained the top two centers from this past season, but it’s important to note that they did, however, lose their top offensive threat, who was actually a defenseman. Junior defenseman Christian Wolanin has signed with the Ottawa Senators leaving a massive gap in the scoring and defensive corps for UND.

Stepping up to the plate will be the tough-nosed defenseman: Colton Poolman. Coming back for his junior year without even debating or considering free agent deals this offseason, the East Grand Forks native will be gearing up for the start of his junior year and potentially the first of two years as a captain. The last captain to have done this was also from East Grand Forks: Gage Ausmus. If Poolman is chosen to be the captain, it will mean that come the 2020 season, if Poolman declines leaving early again, UND will have had five years with three captains while four of those years UND was captained by someone who came from East Grand Forks. Poolman has the same drive as his older brother Tucker, who now plays for the Winnipeg Jets in the NHL. The younger brother has actually put up better numbers in his second year than his NHL caliber brother did in his second year.

The difficult thing about speculations is that they’re basically educated guesses. UND has a lot of top quality talent returning for this coming year, and even more talent being added with the incoming freshman. The important thing that will surface in the next few months is who will become the leader of this highly talented group. The captainship could be given to someone else besides the top two centers or the newly appointed leader of the defense. The community can be assured that whoever it turns out to be will fulfill their duty to the best of their ability.