Sex-trafficking at a high during Super Bowl 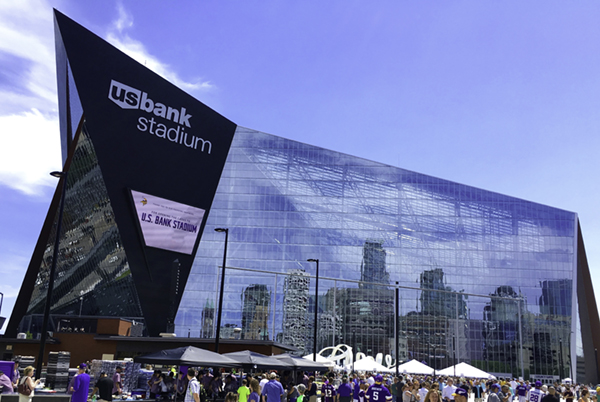 The Super Bowl is often the largest site of human trafficking in the United States.

Many stories about sex trafficking in Minneapolis over the week before and weekend of the Super Bowl have been circulating. There were warnings upon warnings telling women to walk with friends and be extremely careful.

The warnings weren’t just about sex trafficking but also dangerous people in general. The predicted crime rates were through the roof. The media blew up this idea of danger so much that it discouraged some people from attending events surrounding the Super Bowl in downtown Minneapolis.

There are many reasons people have opposed the NFL over the years. This year it was kneeling during the anthem. In the past it was various news stories and people labeling professional football players as “just a bad group of guys.”

The other reason people have opposed the NFL recently is that the crime associated with hardcore fans is so immense. Right around Super Bowl time every year there is news coverage of increased crime and warnings to be safe in the city where the Super Bowl is being held. However, the Super Bowl really isn’t all that bad in terms of crime.

Fierce Freedom, a non-profit group that targets trafficking-related issues organized a rally on a local highway to raise awareness of sex trafficking and capture the attention of people en route to Super Bowl festivities.

According to Fierce Freedom, U.S. police arrested about 750 people in nationwide sting operations ahead of last year’s Super Bowl. This was the largest sweep since operations began 13 years ago.

Because of facts like this, people are calling Super Bowl weekend the busiest sex-trafficking weekend of the year. However, this is mainly a myth. It’s true that there is a spike in human trafficking cases around the Super Bowl which is a little larger than the normal increases associated with big events.

The city attorney of Minneapolis, Susan Segal, spoke out about the media hype surrounding sex trafficking and the Super Bowl.

“(Sex trafficking) is going to occur well after the Super Bowl has come and gone,” Segal said. “We know sex trafficking occurs. It occurs every day.”

Segal wanted to stress that although there is a spike around such a big event, people need to be aware that sex trafficking occurs all the time and that needs to be the bigger picture. Fighting sex trafficking shouldn’t just be focused on one week a year.

All in all, contrary to popular predictions, crime in Minneapolis was actually down around the Super Bowl time. According to city police, a 17 percent decrease in crime was observed over the week and weekend. Police spokesperson John Elder attributes this to the increase in security throughout the city.

Madison Overby is a sports writer for the Dakota Student. She can be reached at [email protected]