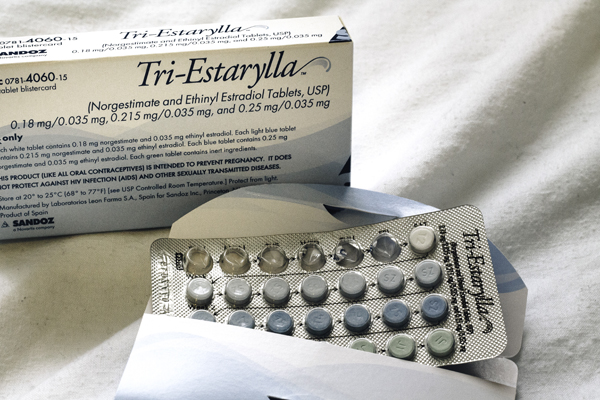 Under the current NDUS employee insurance plan, birth control products such as birth control medications, IUDs, appliances or related services are not covered.

Passed in 2010, the Affordable Care Act caused controversy by requiring health insurance plans that covered co-pays on prescription medicine to also cover contraceptive methods. This provision of the act was narrowed by President Trump in October 2017, but there were already numerous exemptions to the rule.

One group of people who have never had contraceptive coverage in the last eight years: North Dakota public university employees. The new hire information kit given to University of North Dakota employees states, boldly and explicitly: “This benefit plan does not cover any contraceptive medications, devices, appliances, supplies or related services.”

“I was shocked when I was hired that we had generally good health insurance but that it did not cover birth control pills,” Cynthia Prescott, UND professor and Director of Undergraduate Studies in History, said.

Prescott considers the lack of birth control coverage “illogical,” saying that from her perspective, it does not make financial sense for a health insurance company to be more willing to cover costs incurred from pregnancy and raising a child than to cover contraception.

“There just seemed to be an inequality and an inconstancy in the decisions that the insurance company’s making that seem to be shaped around what they think a woman should and should not be doing with her body and with her life,” Prescott said.

Prescott said that paying for contraceptives out of pocket was “annoying,” it “wasn’t a huge financial burden” for a person of her position and salary. However, this might not be the case for lower level university employees.

“When there is a cost involved that obviously creates a barrier to the lower social economic population,” Kristie Wolff, Executive Director of the North Dakota Women’s Network, said. “Contraceptives can be costly.”

28 states in the US currently require that insurers cover contraception, but North Dakota

is not one of them. Wolff, who has worked in various political activism roles, said that in her experience, birth control can be a controversial topic in North Dakota and “a very hard subject” to have a conversation about. One reason it continues to be unaddressed may be the fact that women only make up 19 percent of the state’s legislature.

“Right now North Dakota ranks 41st in the nation for females serving in our legislative body and so we don’t have a lot of women serving to bring that voice forward and to have those discussions as much,” Wolff said.

According to Wolff, who was working closely with the legislature during last session in her previous position with the American Lung Association, there have been no recent movements to have birth control covered for all state employees.

“This last session was – it was crazy,” Wolff said. “Everybody was just trying to keep what they had this last session, or not get cut so deeply that they couldn’t exist. So there wasn’t as much of adding new provisions to things because it was really kind of a fight to stay alive.”

At UND, a similar silence persists. Although Prescott says there is certainly widespread frustration among female university employees, there have not been many willing to be outspoken about their objections to their current health care coverage.

“What I’ve been hearing basically is, ‘Well, we chose to move to a conservative state and this is what you get,’” Prescott said. “I haven’t heard anyone who was really standing up and arguing about it.”