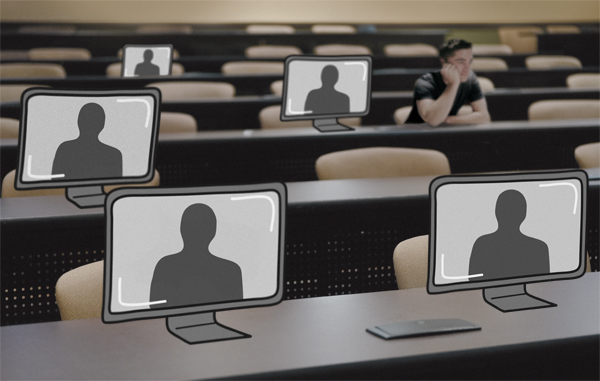 As the semester comes to a close, faculty have begun to be notified about the potential for the University of North Dakota to enlist the help of Pearson Online Services in the infrastructure of online classes. This move would be in an effort to fulfill Goal Three of the university’s Strategic Plan, a prospective list of the school’s goals and priorities: “Deliver more educational opportunity online and on-campus.”

London-based Pearson, the largest education company and book publisher in the world, began to become enmeshed with the American education system in 2000, working in partnership (often controversially) with state governments to provide standardized testing, online learning infrastructure, and in some cases, even curriculum.

According to Forbes, between October and December of last year, Pearson saw a staggering 30 percent drop in revenues in their largest division, North American Education, leading to an overall slump of 18 percent for 2016. In response, Pearson announced they intended to “accelerate (their) digital transition in higher education, to manage the print decline, and to reshape (their) portfolio.”

If UND were to enter into an agreement with Pearson, it would be at a key strategic time for Pearson as they work on expansion into college campuses across the country. This could be seen as a positive thing, as there can be strength and efficiency in larger scale programs. However, it could leave UND paying a premium for services that Pearson is desperately, and perhaps haphazardly, pushing onto institutes of higher education.

Goal Three Project Manager and chair of the psychology department, Jeffrey Holm, called any talk of negotiations between UND and Pearson “premature.”

“We are in the middle of a dance and we have asked Pearson, how can you help us build online and provide better opportunities to students?” Holm said.

Holm stresses that Pearson would not provide any academic content to the university. A large part of their role, for example, would be online marketing to students who have expressed interest in UND’s programs. College enrollment has been on a downward trend in the last few years, and a large part of Goal Three is attracting new students.

“Not every opportunity the university provides has to make money – but some do,” Holm said.

This is why the university is also interested the Pearson services meant to improve online learning experiences and student retention. Pearson could potentially provide instructional designers to help instructors design the interface of their online courses and organize content. They also offer “student success coaches” that would communicate with students who have fallen behind in online classes.

“I think Pearson can help us,” Holm said. “They can help us with expertise. This is what they do.”

Fall of 2018 has been targeted as the “go-live watch date” for UND’s new focus on online classes. With this timeline in mind, if UND is to enter into an agreement with Pearson, it would be most advantageous to do so in the early-to-mid spring. Pearson is currently working on a proposal and there are no current estimates on how much a contract would cost the university.

Some faculty and staff have been understandably skeptical of the idea of working with Pearson. Pearson is a huge, sprawling corporation, and much of its work in education has been criticized for taking advantage of taxpayer dollars and student tuition bills. However, this information is still new, and no one yet seems to have a clear idea of what a UND/Pearson partnership could look like.

At this time, it does not appear that UND is looking for educational content from Pearson, but this is a service they are known for and the prospect of losing more faculty and staff members due to outside contracting is worrisome. The Dakota Student will be continuing coverage on this story as it develops in the spring semester.

Diane Newberry is the new editor for Dakota Student. She can be reached at [email protected]

Jacob Notermann is a new writer for Dakota Student. He can be reached at [email protected]