The problem with modern education 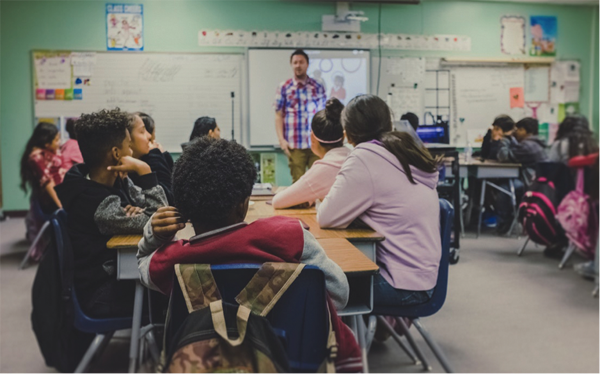 America’s schooling system may be leaving some students behind.

The modern education system, designed to help kids create a future for themselves, is ultimately failing to do so. The system that we know today has changed very little since schooling became available to the masses during the 18th and 19th centuries. It was the rise of the industrial revolution and schools were designed to churn out kids like an assembly line; they even shared the same outline as factories.

Everybody becomes separated by class or age group. Facilities are all separate from each other and subjects are split into groups as well. The modern schooling model is based off an industrialized era to help produce factory workers during the 18th and 19th century. It was designed for kids to be obedient and to not question authority. Students have to follow instructions precisely and not talk or socialize with others. Each student was graded on their memorization and ability to follow protocol. The model is not suitable for the 21st century.

“Why is there this presumption that the most important thing to a kid is how old they are, it’s like their date of manufacture?” Sir Ken Robinson, a British author, speaker and advisor for education says. In terms of learning, age should not be of concern. As kids, everyone learns at different rates. The brain is still developing and not all children are going to learn the same way regardless of age. Intelligence should not be based on how old we are but instead what we know.

Learning is an individualized process for everyone and it happens at different rates. Some learn best in a quiet, stable environment while others thrive in chaos. It seems incredibly unfair to judge a person’s intellect based on the environment they are taught in.

Nations around the world are starting to implement schooling based on what the future economy may look like. The issue here is predicting the economic future of next week is hard, and to envision it years ahead becomes an even greater task.

Finland has consistently been the number one nation for education over the past few years, surpassing Singapore, Switzerland and Belgium. Their system is designed with a stronger emphasis on the arts and music and for kids to enjoy their youth. There is no homework and kids go to school for only 20 hours a week. Finland believes learning happens naturally when kids are out exploring and playing instead of being bombarded by subject after subject, day after day. They believe kids learn best when they are in school less because it becomes easier for them to retain information when the brain is more relaxed and not as stressed.

On the contrary, the structure for the United States schooling system has not changed drastically for generations. If the U.S. wants to maintain a competitive edge over other countries, whether it’s economics or science, it all starts inside the classroom.

The issue the United States has, however, is the size of its population. Finland has a population of only 5.5 million whereas the United States has over 320 million. With fewer people it’s easier for Finland to change an education system. Finland’s respect and appreciation for teachers is greater than the U.S. All teachers are treated like college professors compared to the U.S. where being a teacher can sometimes be looked down upon.

Ever since the “No Child Left Behind Act” there has been an abundance of standardized tests brought to the United States education system, whereas Finland only has one in primary school. The first step would be removing some of the implications of this extensive testing, and include more free time and less stressful tests for kids. This would help reduce test anxiety and allow kids to learn in a more relaxed environment, which has been proven to work in Finland.

Quinn Robinson-Duff is a opinion writer for Dakota Student. He can be reached at [email protected]