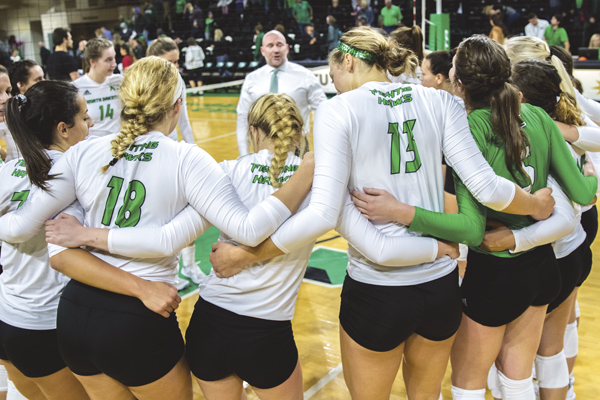 Though the Fighting Hawks won the first set, Sacramento pulled ahead and won the next two. UND rallied to win the fourth and fifth sets to earn their second consecutive Big Sky Conference title.

The Fighting Hawks Big Sky Conference record now stands at 12-4 and 30-7 overall as they advance to their second berth at the NCAA Division I volleyball tournament. Their opponents will be announced during the NCAA Selection Show on Sunday, Nov. 26.

Nick Nelson is the photo editor for Dakota Student. He can be reached at [email protected]