The freaks come out at night 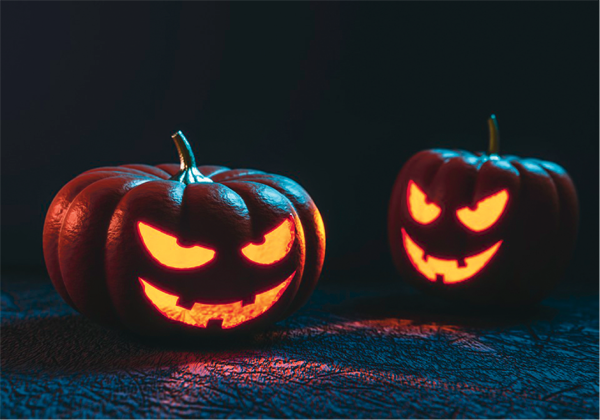 Halloween has always been a fun time of the year. It’s a time to watch scary movies with your friends, dress up in elaborate costumes, eat excessive amounts of candy without feeling bad about yourself…but it can also be a time of true horror.

Unfortunately, Halloween is a time of year crime rate tends to spike. With costumes and easy access to people, criminals see this as a prime time to commit havoc and terror.

I have never participated in Halloween much. I would go trick-or-treating with my family as a kid, but my mother’s warnings of how dangerous Halloween could be always kept me from going to Halloween parties when I got into college. Watching scary movies with some friends was enough for me.

Even though I did not attend Halloween parties, many of my friends did and unfortunately one of my good friends was drugged, raped and contracted a venereal disease at a Halloween party. The unfortunate fact is this could have happened at any party, but for some reason, it seems crimes happen more frequently around Halloween.

As Halloween quickly approaches and many students attend Halloween parties, go out to bars in celebration and go trick-or-treating, they must remember that the rules our parents taught us as children should still apply today. Common sense and situational awareness go a long way.

Go to parties or events with people you trust and will look out for you. Most importantly, never trust anyone with your drink, especially if they are pouring it out of your sight. In addition to keeping an eye on your drink, be aware of how much you drink. Halloween parties are known for excessive drinking. Crime rates rise on Halloween, but so do fatal accidents due to intoxication.

Another common sense safety tip is to travel in groups at all times. In 2011, a young woman was walking to meet up with a friend to celebrate Halloween when she was attacked and killed by a complete stranger. There is always safety in numbers while walking to cars, bar hopping or even going to the bathroom. The chances of getting attacked decrease when the number of the group is increased.

Drink spiking and attacks are unfortunately just the tip of the iceberg when it comes to documented crimes on Halloween. Reports over the years include poisoning of candy, burglary, sexual assault, rape, kidnapping and brutal murder.

On Halloween 2004, an intruder broke into the home of three young women in their early 20s, stabbing two of them to death while the third escaped to call the police. It was later discovered that the killer was a friend of one of the roommates who had been murdered.

Halloween can be a fun holiday and an excellent way to spend time with friends, but safety and common sense should still be prevalent in everyone’s mind. Crimes can happen any day at any time, but for whatever reason, be it a full moon or just “holiday spirit” the freaks come out at night on Halloween. Have fun this Halloween. Be safe and lock your doors; you never know what terrors walk in the night.

Aimee Coons is a opinion writer for Dakota Student. She can be reached at [email protected]