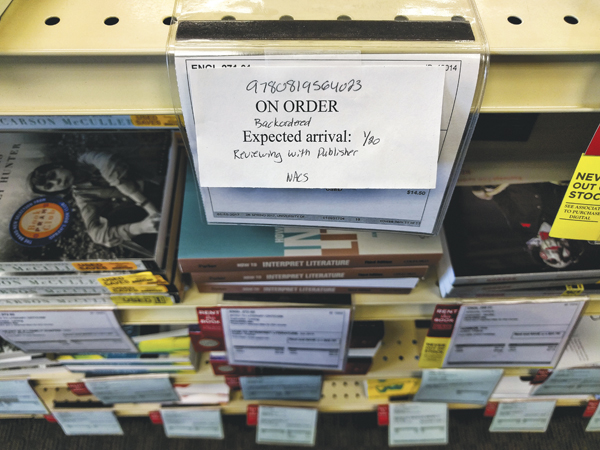 Even amidst budget upheaval, the University of North Dakota has saved students $3.7 million in textbook costs over the last two academic years through a revolutionary new program.

Dean of Libraries and Information Resources Stephanie Walker had just started work in her position at UND when she was asked to lead a workshop meant to introduce the concept of Open Educational Resources (OERs) to faculty.

A veteran librarian, Walker has been working in some capacity with OERs since 2001. OERs were considered a radical concept then, and in many ways, still are today: free scholarly research, educational materials and textbooks offered online. The OER movement has been a direct reaction to the rising cost of publishing and consuming scholarly materials.

“In 2015, even the president of Harvard told her faculty in an open letter, ‘We cannot afford to buy you everything,’” Walker said, “It’s just too damned expensive. And if Harvard can’t afford it, believe me, nobody else can either.”

Walker explained that funding for OER programs are most often “really patchwork.” UND’s initiative has been funded through grant money from the North Dakota State Senate and allocations from the office of the provost, the College of Arts and Sciences and reserve funds from student government after a unanimous vote in the Student Senate last year.

This funding went toward education of faculty and grants that incentivize professors to adapt their classes in order to utilize OERs. The library has also been able to roll out an Institutional Repository, a website where OERs can be congregated for easy access. Walker said this was imperative in the progress of OER use on campus.

“I’m a librarian,” said Walker. “I can’t tell faculty to use ‘x’ textbook, but I can put them up on our site and make them available to people.”

Currently, 24 courses offered at UND are utilizing free OER textbooks. Three of these courses are Calculus 1, 2 and 3, which formerly required a textbook bundle that cost students $406. The OER initiative has been targeting lower level classes such as Psychology 111, Sociology 110 and Communications 100 in order to benefit the greatest number of students.

“I would like to see us get to the point where (…) for most students, they can get through their first year without buying a textbook. That would be really nice,” Walker said.

Virginia Clinton, assistant professor in educational foundations and research, began her career at UND by teaching Psychology 111 classes. Clinton found herself “appalled” by the direct, aggressive marketing to professors by traditional textbook companies.

“I just found all of that rather sickening, to be honest,” Clinton said. “Nothing against people making money on a good product, but I just don’t think that education is a place for commercialization and for corporations to be making money off of our students.”

Clinton learned about OERs through the chair of her department, and began making a concerted effort to incorporate OERs in any class that she could.

“The big motivation with open source textbooks is to save students money because we all know college education has gotten more expensive,” Clinton said. “That reduces equitable access to education, which is rather antithetical to the whole point of having high quality public education like UND.”

In a study conducted by Clinton, controlling for factors such as high school GPA, students in an introductory course using a traditional textbook and students in an introductory course using an OER achieved “comparable grades.” On top of that, Clinton found that students had similar perceptions of the textbook whether traditional or OER and that they were utilizing them in the same manner.

The only discernable difference between the two groups was that “withdrawal rate was quite a bit lower with the open source textbook,” which is “consistent with other literature on open source textbooks.” Clinton hypothesizes that this may be because students are not able to buy the traditional textbook upfront and drop the class when they realize they cannot be successful without it.

Although there are many benefits to using OERs, there are still hurdles. Walker points out that while there are many resources available on basic, introductory subjects, more narrow areas of interest do not necessarily have free literature widely available.

Walker recounts this story of a mechanical engineering professor trying to find a textbook to use for one of his 300 level classes: “We sat down with this guy and we looked for two weeks, two solid weeks. Three different librarians tried to help him. He looked everywhere. We couldn’t find a darn thing on his topic area.”

Still, the future continues to look hopeful for OERs at UND. This semester, the library was able to fulfill the needs of 13 of the 14 professor applications for OER grants.