The price of Thursday night football

Is the NFL risking player safety by hosting games on Thursdays? 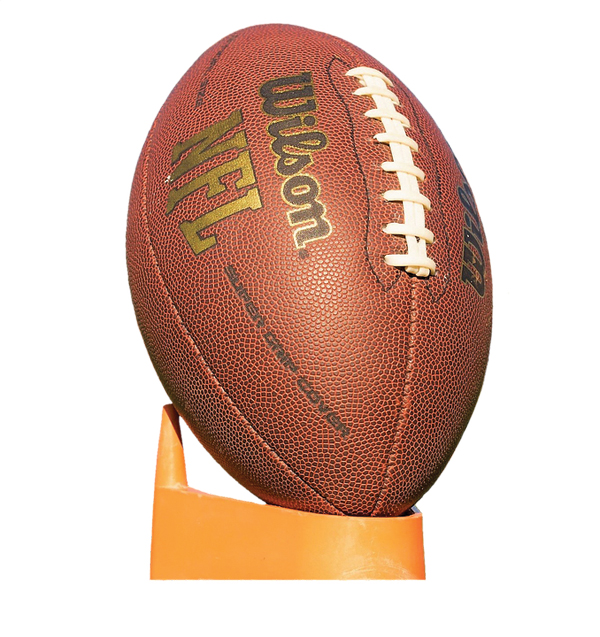 Roger Goodell has dealt with heavy scrutiny and criticism thrown his way over the course of his career as the commissioner of the NFL. Goodell came into the massively profitable NFL corporation to take the reins from Paul Tagilabue. Goodell has installed small changes to the league since arriving in August of 2006.

He changed a few rules, added the defenseless receiver rule into the game and added more yards being tacked onto the extra points after touchdowns are scored. One of the first things he added to the NFL was Thursday Night Football. Goodell instituted the program in November of 2006, only three months after coming on board in his current position.

Goodell implementing new rules to add to player safety and preservation of their health can be seen universally as important to the future stature of the NFL. Penalizing defensive players for arriving with contact to the head on receivers who don’t have time to react to an incoming defender and penalizing low hits to quarterbacks to prevent lower body injuries are all intelligent and respectable additions. So why has he introduced these new rules for defenseless players? For every personal foul that occurs during a game, whether it be a gnarly face mask, a late hit, roughing the passer, or a hit on a defenseless player, that player is fined a set amount and it’s then taken out of their next game check.

The largest fine you will see is for fighting, with players fined $28,940, and the second largest is a hit on a defenseless player at $23,152. Where does this money go? The NFL reported that $4 million dollars per year has gone to help former players. Fines currently go to the NFL Player Care Foundation and the Gene Upshaw Players Association’s Player Assistance Trust. Players often wish for their fines to go to a specific charity, but the NFL doesn’t cater to that wish under any circumstances.

This is seen as incredibly hypocritical alongside the Thursday Night Football implementation. If he’s so concerned about player safety, why does the NFL allow for teams to play after just four day’s rest? Money is the main reason for this. The sheer fact that those two organizations exist in order to help former players with assistance in medical, emotional and financial issues goes to show that it’s well known that player safety really is an issue and Goodell sincerely doesn’t care as long as he’s making money.

The NFL not only wants to own Sunday and Monday night; they also want to make Thursday feel like a national holiday every week as well. This is incredibly ignorant towards the player safety dilemma that Goodell continues to harp about, is he actually in the business of trying to protect players? On Jan. 29, 2015, the NFL decided to make a statement after all of the players had been making statements about how they dislike Thursday games. They reported with their health and safety report that an average of 4.8 injuries occur during Thursday games compared to 6.9 injuries per game on Sunday and Monday.

A person looks at that, and would probably argue that Thursdays really aren’t that dangerous. Understand the relevance in the “per game” piece. On Thursdays, there is only one game being played and on average 4.8 injuries occur. On Sundays during the regular season, taking into account two, four, or six teams have a bye week, you have either 12, 13 or 14 games being played on Sunday and Monday. Of course the Sunday and Monday games are going to have more injuries; They have more games to boost their numbers. Considering that the Thursday games are actually pretty close in relevance with those numbers, it’s showing that arguably, more players are actually being injured Thursday nights.

The majority of hits that occur during football games on any given Thursday, Sunday or Monday night occur at the line of scrimmage. Lineman of 275 pounds or more ram into each other at the sound of the quarterback’s cadence.

Marcus Trufant, being an average-size NFL defensive back weighing in at 5’ 11” and just shy of 200 pounds, can generate up to 1,600 pounds of force in a tackle. His weight and size doesn’t even stand out compared to the more than 500 players that weighed in at over 300 pounds in the 2006 training camps. Players have gotten even bigger it seems since then. When they continuously take these hits at the line game after game, they need time to rest and recover.

Concussions often go undetected, even under the NFL’s concussion protocol. Even with mild concussions, where players don’t lose consciousness, their symptoms can last days, maybe even weeks. A lineman sustains a mild concussion during a game, stays in the game and finishes the game, and may not feel the full effects of the concussion immediately. He may feel fine and his symptoms can go unnoticed. However, then comes the next week. Allowing his noggin to recover for seven days is a lot better than shorting that recovery process by four.

Texans lineman Duane Brown spoke on the issue in 2013.

“That Friday, everything was hurting; knees, hands, shoulders,” Brown said. “I didn’t get out of bed until that night. I didn’t leave the house at all. You talk about player safety, but you want to extend the season and add Thursday games? It’s talking out of both sides of your mouth.”

Brown was rather young when making his comment at the age of 28 with six years of experience in the NFL, he should theoretically be more enabled in the recovery process. This just goes to show you that no matter your youth or experience, you still need a substantial amount of recovery time.

A large number of Americans love the NFL and love watching it every night it’s on. But the importance of player safety is what should be taken into consideration the next time you decide to watch Thursday nights.

Know that the players are most likely still sore and in pain from their Sunday game four days before. Thursday nights don’t have to be cut out of the NFL schedule, they should just be wise in the scheduling. Have a team coming off of a bye week play Thursday nights, not a team that is just coming off an absolute slaughter-fest four days prior. Let the players recover, and you’ll see more prospering times in the NFL.