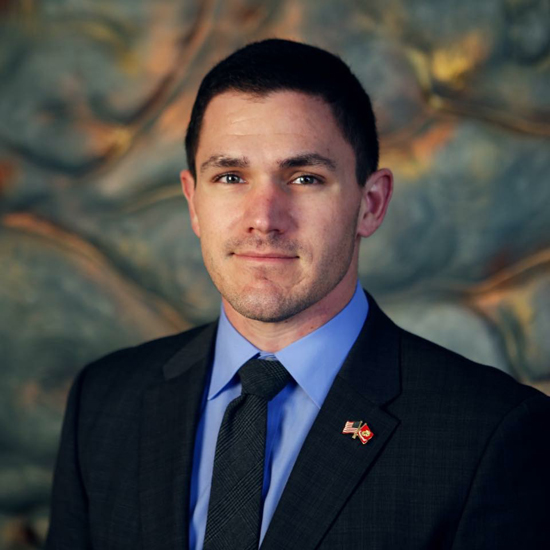 As we begin the new semester, that familiar fall anticipation reminds me that my favorite time of year is finally here. The air’s cool, the campus is still glowing with the bright colors of summer and that back-to-school excitement buzzes all around me.

Yet at the same time, I’m exhausted. The national climate dampens my normal lively mood with daily updates concerning the state of the union. Sadly, it’s not likely to end anytime soon.

My exhaustion isn’t physical: it’s political. Every emotionally draining day offers a new chance to feel worse than I did before. 140-character personal attacks occur frequently: brief and subjective views on why “the other side” is wrong.

It’s strange to feel this way right now. Even with so many things I love surrounding me, that creeping uncertainty is always there goading me to respond to the latest news.

Though I strive to encourage and engage in both intelligent debate and mutual understanding, I find it increasingly difficult to understand “the other side”; more precisely, what “the other side” even entails.

I’ve found that politics – more often than not – deals in absolutes: left or right, yes or no, etc. We define ourselves by trigger words like “democrat” and “republican,” either word likely to incite anger from, you guessed it, “the other side.”

I see these political organizations as outdated clubs that stifle critical thinking. Americans proudly sport t-shirts and bumper stickers with donkeys or elephants featuring worn-out slogans with the same recycled rhetoric from four years earlier. The idea being: “so what if I don’t agree with (insert politician’s name here) on key social issues, they’re my party’s candidate.”

I wonder if it’s healthy to affiliate oneself with a political entity. I find it hard to believe that all members of the two major political organizations agree with every policy stance their party boasts.

Perhaps the most infuriating aspect of these political powerhouses are the pundits who strive to embody the ideology of their largest contributor. We take these talking heads – Tucker Carlson, Sean Hannity, Tomi Lahren, etc. – and place them on a pedestal, as if their nightly rants are somehow providing us with a larger truth.

There’s nothing original or intellectually satisfying about a television personality screaming at an unprepared opponent on national television. These segments are not meant to inform or educate, they’re meant to entertain. Therein lies the issue: when we look to someone else to tell us what to think, we eventually lose the ability to think at all.

What’s worse, the same individuals who are quick to click the “share” button – propagating the latest Tomi Lahren video – are the first to cry “fake news” at any organization that reports something they don’t like. They lash out, feeling personally attacked by ideas that are different from their own.

If it’s not calling journalists “fake news” for reporting, it’s blatant misdirection and a complete avoidance of responding to inquiry. A person could say “I wish President Trump would have condemned white nationalists,” only to be met with “I didn’t hear you complaining when President Obama didn’t call out Black Lives Matter.”

A similar reaction can be seen from those who dislike the talking heads. While they may not agree with political pundits like Sean Hannity, it’s not necessary to belittle those who watch his show.

There’s nothing wrong with meeting in the middle. It’s not impossible for a Trump supporter to appreciate some policies while disliking others, and it’s not unheard of for a Trump protester to do the same. “All or nothing” doesn’t have to be our political rallying cry.

I’ve come to the conclusion that “the other side” isn’t necessarily a phrase used to describe democrats or republicans. It’s simply a phrase that means “someone I don’t agree with.” It’s a way of expressing dissatisfaction with the world around us. It’s a way of suggesting, “I’m right, you’re wrong and this meme proves it.”

Though I’m troubled by the world around me, it’s still nice to remember that there are good things happening everyday. It encourages me to think that, though the national conversation is so heated, the new semester is still here. It’s still cool outside, the campus is still bright and the buzz still surrounds us.

It’s like a new beginning: a promise that every opportunity to make the world a better place is still available to me. It’s a silver lining that reminds me why I’m here and why it’s important to talk about these things. And though I will continue to check the news, I’ll strive to remember that old adage: the night is always darkest before the dawn.

Matt Eidson is the editor-in-chief for The Dakota Student. He can be reached at [email protected]