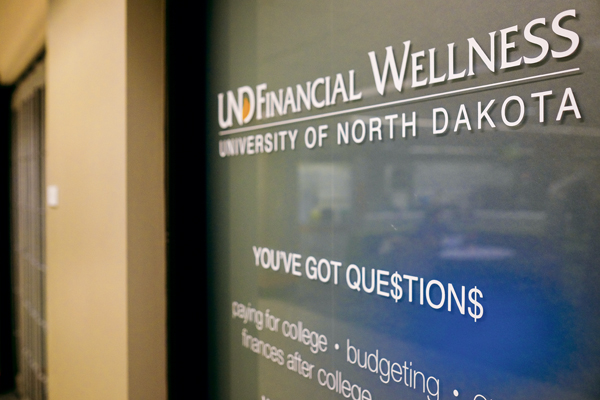 UND Financial Wellness was recently announced to cease operations and close on May 31, 2017.

The Financial Wellness Center, created in 2013 to provide free financial counseling and education to students, will be closing permanently on May 31.

The news came suddenly for Shafiq Khan, who was hired as coordinator of the center in December. The employees of the office were reportedly told of their imminent closure in late March.

“Nobody told us anything. (…) They need to be more transparent,” Khan said of the administration’s treatment of the office.

The Financial Wellness Department is under the supervision of Alex Pokornowski, Assistant Dean of Students and Director of Students’ Rights and Responsibilities. According to Pokornowski, “the participation and usage of the department was low,” and in a time of difficult decision-making, the school felt keeping the office open was an unjustifiable expense.

Khan and sweveral student employees of the center (who choose to remain anonymous) disagree with this reasoning.

“They are basing it on the wrong data,” said Khan, referring to the fact that the administration has been focused solely on the number of students coming in for one-on-one consultations.

Khan explains the center is focused on a three-pronged approach when it comes to the financial wellness of students. While one is peer-to-peer consultation, the office also focuses on outreach and educational presentations.

“We are based on education, that part is going to be missing,” Khan said.

According to one student employee, in the last semester, the center has given multiple presentations to athletics programs and graduate students.

The student employees of the center also stress that in their opinion, the school is making a financial misstep in closing the office without looking into other avenues.

“We help with student retention. (…) We bring money into the university by helping students stay here,” one employee said.

Another claimed she has met with many students who were ready to drop out of school  because of their poor personal finance skills before coming into the center for help.

Khan also points out that, as a relatively new program, the center had significant start-up costs associated with it and in closing the office now, “the university is just wasting that money.”

He also stated the center has received money from donors before to go toward financial education, but that “the Dean of Students told (him) not to apply” for future donations.

For the student employees of the center, the closure is not upsetting just because of the loss of their jobs, but also because they believe they offer an invaluable service to students in need. “From all of us: if you want to lay off our office, do it, but you need an alternative,” one employee said about their “very, very unique service.”

The employees had a meeting on April 24 with Student Body President Cole Bachmeier about the possibilities of continuing some of the services offered by the center elsewhere. Bachmeier said that they showed him “a side of the story the numbers couldn’t tell,” and that “the number one thing (he) got from the students is (that they were) selfless.”

He stated he has been in contact with the Vice President at One-Stop and Student Financial Aid and that “it sounds like One-Stop should be able to handle the large bulk of these conversations” and retain “the human interaction piece.”

Pokornowski says that he believes the redistribution of some of these services “provides an opportunity for utilization and streamlining of services.” The employees of the center maintain, however, that One-Stop and Financial Aid “won’t have the personnel to do (the one-on-one meetings).” They are afraid of the student body is losing a vital service, and are also personally offended by the suddenness of their closure and the administration’s apparent lack of interest in exploring other options.

Diane Newberry is the news editor for The Dakota Student. She can be reached at [email protected]