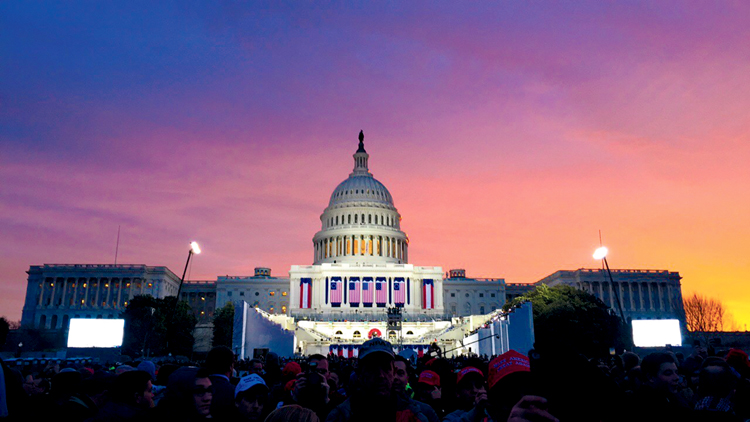 It may seem as though the U.S. Supreme Court is a board of mighty beings who don’t really have an effect on citizens individually, but whose decisions influence the whole country.

The job of this group is to be the final arbiter of laws passed by Congress, but with just nine justices, some question whether the court sways, or reveals political biases when making big decisions.

Tony Mauro, a journalist who has been covering the Court for over 35 years, doesn’t define the court as being too political or not political enough, but is in a category of its own.

Because of its attempt at invisibility to avoid potential biases, the Supreme Court has very little use for the press. Justices don’t use Twitter, they don’t often talk to reporters, and as of now, they don’t even allow cameras in the courtroom, something for which Mauro has heavily but unsuccessfully campaigned for.

“Nobody is obliged to talk to me as a reporter,” Mauro said.

He understands the difficult job the justices have, and sometimes not answering questions is in their best interest when it comes to staying neutral.

Mauro believes that each justice comes into the game with their own beliefs and prejudices. He said they are all affected by current trends, but because of their duties and obligations, they don’t let it determine how they vote.

An example of one of these trends is Obergefell v. Hodges, which ruled same-sex marriage legal in all 50 states. Because of the undeniable trend within the states, the Supreme Court decided it was time to take over. Many states were ahead of the court’s ruling, but many others were far behind. That is the difficult balance that justices must maintain.

Obergefell v. Hodges is one of the cases where the Supreme Court’s decision didn’t just affect the small group of people at court, but the entire nation.

Justices try their best to find the right answer, and many times their decisions are unanimous. The justices enjoy lifetime appointments, and it is nearly impossible for them to be impeached without breaking a law or being unethical.

Although Mauro believes the Supreme Court’s power is stable, others argue that it is starting to seem a little unbalanced.

Congressman Kevin Cramer, R-ND,  believes the courts have gained too much power.

“I think, by design, it is incredible,” Cramer said. “The only thing I would say about it that frustrates me is that the founders intended there to be three co-equal branches of government, and I believe the courts have gained too much power over the years.”

He used Obamacare as an example. Obamacare was taken all the way to the Supreme Court because the government cannot require all citizens to purchase something. Although the Supreme Court agreed, it ruled that Obamacare could be considered a tax, therefore it was legal. Cramer didn’t agree with this ruling and said that even the Obama administration didn’t argue that it was a tax. This is another big effect the Supreme Court had on not just a small group, but the entire country.

As a representative, Cramer’s job is to help create laws, but he says that becomes difficult when the courts intervene.

“As a member of the House, I find it frustrating that the courts seem to have the capacity and the ability to impose their authority onto our authority,” Cramer said.

Although he has frustrations with their power, Cramer says he believes the court is stable due to lifetime appointments and the diversity among the justices. He says the protections taken to keep it balanced are adequate, and that the justices all have their own philosophies, but for the most part, are able to remove themselves from political affiliations.

The way the Supreme Court is set up makes it very difficult for justices to let their own beliefs get in the way of their decision-making.

Emily Gibbens is the opinion editor for The Dakota Student. She can be reached at [email protected]