“The Nether” explores the dark side of the internet 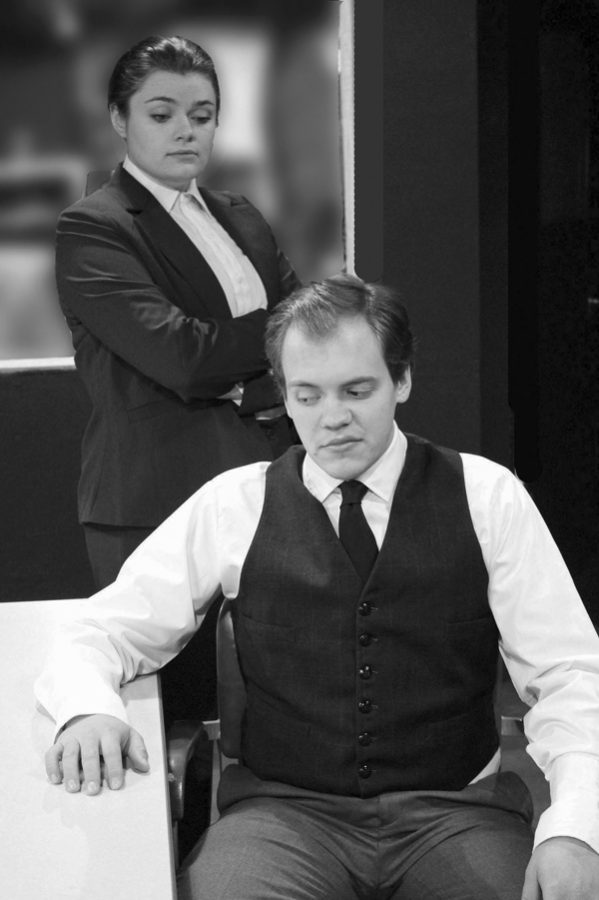 Jennifer Haley’s “The Nether” is a drama which explores the darker side of the Internet in the near-future. The Internet has morphed into something called the Nether, in which users can move across, create and develop virtual spaces as a way to live an alternate life. Before accessing the Nether, users must create their own avatar.

Due to the fast development of virtual reality in “The Nether,” there is a lack of laws to govern users of this new realm. Users may be less inhibited than in real life due to anonymity, which may cause them to act in a manner that is socially unacceptable. Thus, Nether users can do things which are illegal in real life, such as having sex with a minor and murder.

In a depressing interrogation room, Detective Morris (Ashley Restemayer) interviews Sims (Joe Picardi), The creator of a Nether realm known as the Hideaway, who continually slips Morris’s attempts to call him a criminal because he presents under-aged girls to pedophiles who can live out their fantasy.

Sims (or Papa, as he’s known in the Hideaway) refuses to accept Morris’s claim that the sexual violence he facilitates across the virtual divide is harmful. Sims argues that The Hideaway serves as a place for users to relieve themselves of their urges so they don’t commit atrocities in real life.

The Hideaway is a meticulously built, 19th century style home full of its own rules and regulations. Users are not supposed to share any personal details or become emotionally attached. In the Hideaway, men like Woodnut (Tanner Sabol) seek sex with girls like the strangely seductive Iris (Gina Uhlir).

In “The Nether,” more and more people choose to become shades, people who rely on life support in real life so they can spend all their time in virtual realms. In fact, Morris’s investigation seems fueled by moral righteousness until we learn that her own father has chosen to become a shade, which makes her despise the Nether because she grew up without receiving much attention.

Her crusade to bring the pedophiliac Sims/Papa to justice becomes personal, as well as political. Morris desires both retribution and connection from this case.

Doyle (Matt Stavens) is the real-life person who avatars as Iris in the Hideaway. He is being blackmailed by Morris to inform on Sims. Morris is shocked to learn that Doyle prefers to live in the Nether.

But by the play’s end, his attraction to a fabricated beauty, to youthfulness, new ways of communication and blind love, which allows users to engage in any activity they desire without judgment or consequences, presents its own attractions.

Director Darrin Kerr and the designers did a magnificent job of staging “The Nether” in the Burtness Lab Theatre. By creatively using a range of lighting and sectioning the stage into three parts, the team created a cohabitating sense of space and time which handles the play’s theatrical challenges involving virtual reality really well.

On one side of the room, Morris conducts her investigation at a table with two chairs in a dungeon-like interrogation room with cold lighting and a one-way mirror which elicits a feeling of despair and entrapment. Conversely, on the opposite side of the stage, the Hideaway has a warm, cozy feel with natural lighting, some couches and a variety of old games which users can play together.

The final theatre production of the year is “The Odd Couple,” which is about two mismatched roommates: the neat, uptight Felix Ungar and the messy, easygoing Oscar Madison. The play will be running April 25-29 at 7:30 p.m. in the Burtness Theatre Mainstage. For more information, please call 701-777-3446 or send an email to theatre.und.edu.

Nick Sallen is the editor in chief for The Dakota Student. He can be reached at [email protected]