Housing fees to be raised 20 percent for next semester, on-campus apartments not affected by change 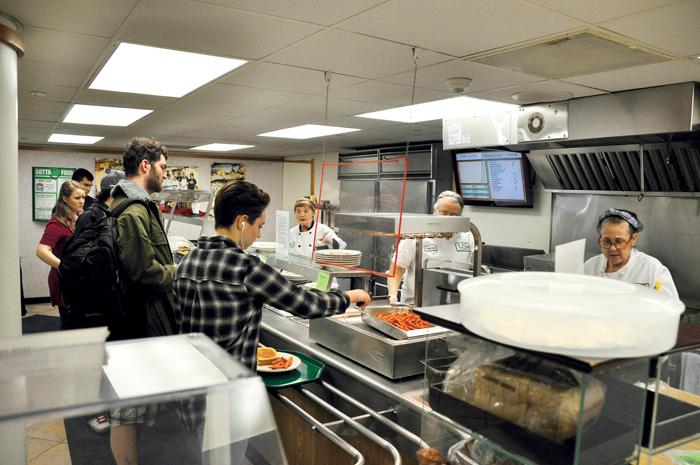 The Terrace Dining Center will be closed at the end of the spring 2017 semester.

The University of North Dakota’s Association of Residence Halls passed an upgraded budget last week for next year, as stated by member Amanda Cook. The budget, ARH-R1617-03, will come into effect next semester and raises the housing fees 20 percent from their current rate for students in residence halls.

Students in on-campus apartments are not affected by the rate increase. The new budget also raises dining meal plans by about 1.5 percent, all while tuition has increased an average of $100 since last academic year.

The increase of rates comes from financial issues experienced throughout the university; the school went over budget last year, and was forced to cut spending by 20 percent.

“I feel like the [new] budget is not even,” said student Jaki Lawrence, “because everything is going to the dorms.”

Lawrence, majoring in accounting and political science, lives in Hancock, one of the halls of the Squires complex, for underclassmen age 21 and up. Amanda Cook is the representative for Hancock in ARH.

According to the minutes of the meeting, which took place Feb. 16, Cook objected to the bill, noting the increase “was an issue because it would raise the single rooms about $700.” The minutes rebuke saying “sacrifices need to be made so housing can catch up with maintenance.”

Maintenance for the school’s residence halls — many of which date to the ‘70s — is a definite issue; for example, McVey Hall’s elevator caught fire last year, and was prone to breakdowns before. ARH intends to focus on renovations over the next five years, after building a “strong financial base so [ARH] can take on additional debt and/or increase… re-investment into facility improvements.” The first improvements, according to Lawrence, will be a $450,000 renovation for on campus apartments, renovating the floors and paint job.

“It’s very unfair to see [the renovations] go to the apartments,” Lawrence said, recalling that students in apartments weren’t affected by the budget hike “while we (residence hall students) don’t see any of it.”

The university is also having some population issues in filling their residence halls. Brannon, part of the Wilkerson complex, is currently empty with no representation in ARH.

Lawrence expressed her frustration about the rate increase, alongside the multiple advertisements around campus promoting living on-campus.

“If you want to see people stay, why raise rates?” Lawrence said.

The ARH meets every Thursday evening. Their office is located in Wilkerson room 132, and each hall representative spends two hours per week in the office (Bek Hall, Brannon Hall and University Place do not currently have any representatives).