Major of the week

History just got a little cooler 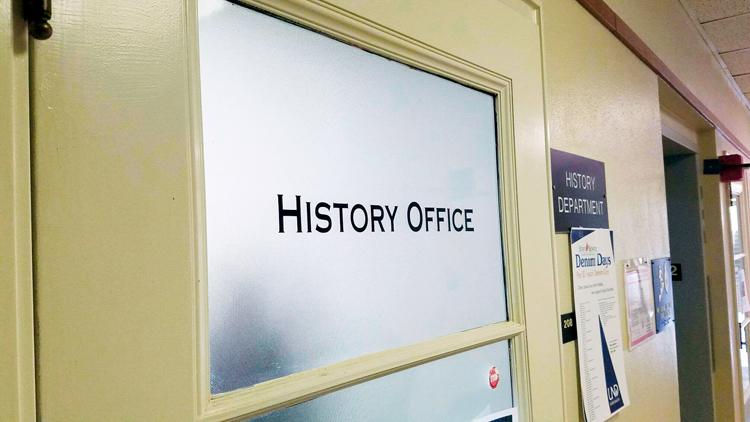 The UND department of History is located within O'Kelly Hall.

The History program at UND may not be structured uniquely, but there is more than meets the eye.

Unlike larger universities in the country, entry level history courses are taught by professors.

Hans Broedel is the chair of the history department; he can also be found teaching 100-level lecture courses.

“The focus of our department is teaching,” Broedel said. “We do excellent research, but teaching is why most of us are here.”

One of his recent courses was held in a newly renovated high-tech classrooms. The increase in interaction allowed by these new rooms gave Broedel an opportunity to redesign the class’ structure.

Broedel let the students run the show with little interaction from himself. Broedel said the heightened responsible on the student’s part, though stressful at times, increases attentiveness.

Outside of the classroom, students must remain engaged through the plethora of documents assigned for readings and analysis.

Kallia Rinkel, sophomore, is a history student at UND. She is quite familiar with the heavy reading and writing workloads that come with pursuing this degree.

She pursued a degree in history influenced by a deep interest for the topic in high school.

“I did well in those classes. I had a teacher who would give us the last 10 minutes of class to do our work and I’d be the only one doing it.”

Now in college, she has not been able to fully indulge herself in history courses due to scheduling conflicts. She said she has enjoyed the limited classes she has had so far, but cites an issue with the writing assignments.

“[I enjoyed it] to a certain extent,” Rinkel said. “I always struggled reaching the page requirements. I feel like I can say the exact same stuff in less, so shouldn’t I say it in less than?”

Along with finding ways to stretch a thought into an extra page or two, the history program claims to excel in communication skills. In fact, Broedel said the program develops the best on campus.

“Writing is, in this age of Twitter, is being devalued,” Broedel said. “At the same time, you’re going to communicate with writing and eventually one hopes you’ll get to the point where you’ll have to communicate sophisticated ideas in a sophisticated way and that’s not easy. Historians do that very well.”

He said that the program doesn’t teach the basic foundation of writing. Instead, it focuses on style and logical rhetoric.

Similar to many other programs on campus, the hammer of budget cuts slammed down on the history department. Their graduate program was unfunded, but the silver lining is the new opportunities for the program going forward.

Those newer trends include students focusing more on thematic courses on topics ranging from disease in history to the development of modern prisons, rather than studying a timeline.

“I think it’s a shift away from this notion that our past consists simply of what guys in charge are doing,” Broedel said. “It speaks to a greater interest in the human experience broadly conceived, not just sort of wars and presidents. There’s a lot more to the human existence than that.”

Rinkel’s approach to history follows these trends. She said she doesn’t look at history from an era-to-era perspective.

The skills acquired through this program are transferrable to many different fields. Broedel said the program is not only suitable for the traditional paths for teaching, but it is also one of the best for pre-law students.

“In Europe, history is a traditional business track,” Broedel said. “History prepares you how to read critically, how to asses dates, how to do qualitative research, the kind that business needs to do.”

Rinkel said she wanted to use her degree to become an archivist for either a library or a museum.

“Whether I’m an accountant or living in a cardboard box on the side of the road, I think I’ll always be interested in history,” Rinkel said.